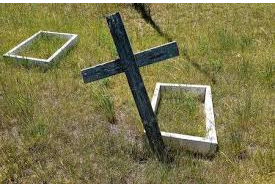 The journalists at BuzzFeed News are proud to bring you trustworthy and relevant reporting about the coronavirus. To help keep this news free, become a member and sign up for our newsletter, Outbreak Today.

A man died and his wife needed critical care after they both took a drug meant for aquariums that contains chloroquine, which President Trump recently touted as a treatment for COVID-19 in spite of a lack of study by health officials or approval by the World Health Organization.

According to the Banner Health hospital system in Phoenix, the couple, both in their sixties, ingested chloroquine phosphate, “an additive commonly used at aquariums to clean fish tanks.” One aquarium supply store online described it as a “wonder drug” that was once only available through veterinarians — for saltwater fish, not humans. The site is currently sold out of the drug.

Thirty minutes after taking the chloroquine phosphate, the couple experienced serious, immediate effects that required them to go to the hospital.

Dr. Daniel Brooks, medical director of the Banner Poison and Drug Information Center, said that the aquarium additive that the couple ingested has the same active ingredients as the anti-malaria drug. However, the formula activated differently than the prescription, Alexis Kramer-Ainza, spokesperson for Banner Health, told BuzzFeed News, making them seriously ill.

Kramer-Ainza confirmed that the couple took the additive because they most likely read about chloroquine online and in recent news reports.

“We understand people are panicked and looking for answers,” she said. “This is not the way to handle it. Self-medicating will only cause more damage.”

Toxicologists confirmed the substance was responsible for the symptoms they were experiencing, Kramer-Ainza said. The woman’s condition is now stable, and she’s expected to survive because she managed to throw up the drug.

Chloroquine, which has been used in various medications to treat malaria and lupus, has been in the news recently because doctors in countries including South Korea, China, and France have reported positive results when administered to COVID-19 patients, the New York Times reported.

Trump has repeatedly said the drug could be instrumental in the fight against the coronavirus. In a press conference last week, he said the drug, which the FDA has not yet approved for treating COVID-19, “could be a game changer.”

The next day, Dr. Anthony Fauci, director of the National Institute of Allergy and Infectious Diseases, bluntly walked back Trump’s assertions.

“The answer is no,” he said in response to reporters’ questions about the drug as a coronavirus treatment, calling the evidence “anecdotal” and emphasizing that there has not been any official studies.

“We’re trying to strike a balance between making something with a potential of an effect to the American people available, at the same time that we do it under the auspices of a protocol that would give us information to determine if it’s truly safe and truly effective,” Fauci said. “But the information that you’re referring to specifically is anecdotal — it was not done in a controlled clinical trial. So you really can’t make any definitive statement about it.”

Fauci later went on Fox News to emphasize that there is no “definitive proof” the drug is effective.

But on Saturday, the president heralded the drug’s promise again, tweeting that coupling chloroquine with the antibiotic azithromycin has “a real chance to be one of the biggest game changers in the history of medicine.”