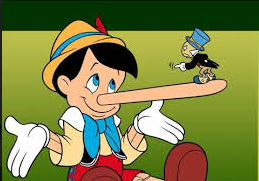 Scott Olson | Getty Images
An American Airlines aricraft sits at a gate at O’Hare International Airport on May 11, 2018 in Chicago, Illinois.

American Airlines is cutting some of its international flights, including some money-losing service to China, as the world’s largest airline faces a profit-crimping surge in fuel prices.

The airline is ending a Chicago-to-Shanghai flight this October along with a previously announced cut of Chicago-to-Beijing service. American is also reducing its daily flight from Chicago to Tokyo’s Narita International Airport to three times a week.

“The two China routes, to a lesser degree, Tokyo, have been colossal loss makers for us,” said Vasu Raja, American’s vice president of network planning said on a company podcast. He said the changes would make the airline’s important Chicago hub more profitable than the rest of the network. Earlier this year, the airline announced changes to its Latin American routes.

American is focusing more of its Asia service in Los Angeles and Dallas, Raja said. It is also seeking U.S. government approval to maintain its rights to fly to China.

In total, the airline is cutting 11 routes, which also include service flights from New York’s John F. Kennedy International to Ireland and Haiti, as well as Philadelphia to Frankfurt and Munich.

American is adding nine other routes, all to Europe from Dallas, Philadelphia, Chicago and Charlotte.

American, like its competitors is facing higher fuel bills that have cut into profits and prompted airlines to cull underperforming routes. American’s shares are down more than 22 percent his year, more than other U.S. airlines. Rivals United Airlinesand Delta Air Lineshave said they would trim their growth plans after the busy summer travel season due to higher fuel costs.

COMMENT: HAITIAN-TRUTH.ORG
Something strange here!
The Port-au-Prince to Miami flights are usually overbooked.
The last flight I took had 14 on Standby.
With American Airline’s view of economics, they should leave all of their aircraft on the ground if full passenger seats equals a loss.
Other airlines can fill this profitable route.