PORT-AU-PRINCE, Haiti (Reuters) – A new United Nations-backed mission to support Haiti’s justice system has had a mixed reaction from local politicians and civil society groups after long-standing criticism of its predecessor. 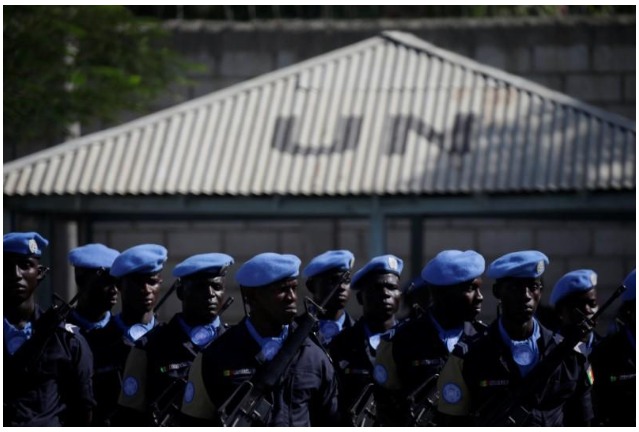 FILE PHOTO: Senegalese officers with the FPU (Formed Police Units) stand in formation before the start of the opening ceremony of the United Nations Mission for Justice support in Haiti (MINUJUSTH) in Port-au-Prince, Haiti, October 16, 2017. REUTERS/Andres Martinez Casares/File Photo

President Jovenel Moise’s government has welcomed the deployment of the U.N. mission for Justice Support in Haiti (MINUJUSTH) in the face of opposition skepticism.

A U.N. peacekeeping mission in Haiti intended to restore stability after a 2004 coup ended in October after 13 years.

Known as MINUSTAH, the departing mission was dogged by controversies, including the introduction of cholera to the island and allegations of sexual abuse. The new mission will focus specifically on the justice system and the police.

Mamadou Diallo, deputy special representative of the U.N. Secretary General in Haiti and acting head of the new mission, said its aim was to build on MINUSTAH’s work to strengthen the security, bolster democracy and the country’s institutions.

That would enable a “social contract” to be established between Haiti’s rulers and the people, Diallo said.

However, MINUJUSTH has quickly come under fire. 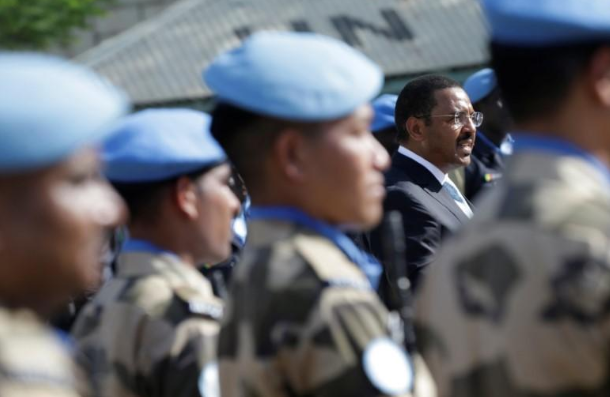 “The country should expect nothing positive from this new mission which is only a tactic to continue with the occupation that the Haitian people have rejected,” former presidential candidate Eric Jean-Baptiste said.

“The U.N. stabilization mission has been here for the past 13 years and they have done nothing, except for preventing armed thugs from taking over the presidential palace,” Rebu said.

The new mission, which officially launched last week, has a six-month renewable term ending April 15, 2018. It will include 1,275 UN police officers and will train Haiti’s national police.

Lucien Jura, a spokesman for Moise, said the president expected MINUJUSTH to help correct flaws in the justice system, and several civil society organizations expressed hope that the mission can make a difference.

However, much will depend on Haiti’s leaders, they say.

“The mission may have all the good will you can imagine, but if Haitian authorities don’t play their part in efforts … we may not have the expected results,” said Pierre Esperance, head of the National Network to Defend Human Rights, known as RNDDH.

The U.S. State Department said in a statement that the transition to MINUJUSTH marked a turning point in Haiti “from stability efforts to a focus on justice and the rule of law”.