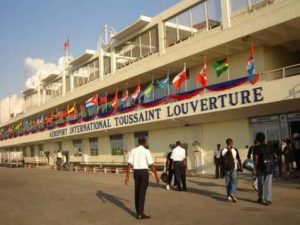 How the U.S. can really help Haiti.
Wall Street Journal

The news this week that Haiti may issue a new diplomatic passport to former president Jean Bertrand Aristide is rattling Haitian democrats, and understandably so. That tortured nation is already nervously awaiting a legal resolution of the November presidential election that the Organization of American States says was riddled with government-sponsored fraud. The last thing Haiti needs is the return of a tyrant whose stock-in-trade was sowing violence.

But there’s a silver lining: The journey from South Africa, where Mr. Aristide now lives, to Haiti presents the U.S. with an opportunity to revisit allegations about his honesty when governing Haiti in the 1990s and early 2000s. Mr. Aristide was removed from power in a military coup in 1991 and restored to the Haitian presidency in 1994 by President Bill Clinton. In 2004 a popular rebellion finally brought down his regime, and he may have been killed if not for U.S. help in fleeing the country.

In 2005 the interim Haitian government of Gerard Latortue filed a civil suit in U.S. federal court against Mr. Aristide and eight other defendants alleging, among other things, that he had “encouraged, protected, participated in and profited from illegal drug trafficking in and through Haiti.” The complaint relied heavily on the testimony of busted drug traffickers, who claimed that Mr. Aristide was the don of Haitian organized crime. The suit was withdrawn in 2006 when René Preval took office, but the allegations are still a matter of public record.

U.S. officials are saying that a decision to allow Mr. Aristide to return is up to Haiti. But if the U.S. wants to spare that Caribbean country from Mr. Aristide’s further depredations, it should investigate the allegations with an eye for filing charges if warranted. Mr. Aristide should not be immune from U.S. laws any more than Manuel Noriega was in Panama.

2 thoughts on “A Welcoming Committee for Aristide”