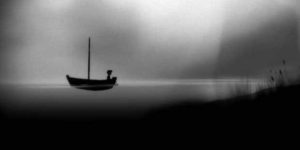 It doesn’t happen often, but sometimes a chance encounter can lead to a story that continues for a couple of years.

I hadn’t been on the ground in Haiti for long after the earthquake– which struck two years ago on Jan. 12, 2010 — when a producer handed me a piece of paper with a name and phone number on it. Brian Williams had met a young pastor on a flight out of Port Au Prince, who had literally begged him for help. There were about 50 children in a life or death situation. They had survived the quake and been evacuated to a makeshift shelter, where food and water were running out. They were getting little help, because there was so much tragedy and mayhem everywhere.

What’s more, many of the children were in the process of being adopted by American families. Some of those parents had flown to Haiti and were desperately trying to get their “almost-adopted” kids out.

All of this hit me at a deeply personal level. My 3-year-old daughter Siobhan was born in Ethiopia. We adopted her when she was just a few months old. I’ve spent a lot of years covering conflicts and disasters around the world and I’ve always been struck by the countless number of children I’ve seen living in such desperate circumstances. I didn’t go looking for this story in Haiti, somehow it found me. It all felt a bit odd at first, and so close. But after mulling all of this with a few colleagues, I pressed on. And I’m glad I did.

We ran into a man from Nashville named Mike Wilson. He was frantically trying to rescue two little girls, Tia who was 5 and Naika then 6. Wilson and his wife, Missy, had been trying to adopt them for a couple of years. We followed Wilson for a couple of agonizing days, as he shuttled between the American embassy, the airport and the shelter where his girls were staying.  The problem was that the girls were not American citizens, so Wilson couldn’t bring them to the U.S. On top of that, Wilson had no proof he was adopting the girls. All of the paperwork was buried under the rubble. Hundreds of American families faced the same dilemma.

It took about a week, but eventually, the U.S. and Haitian governments allowed about 1,100 “almost-adopted” children to leave Haiti, fly to the United States and let their new parents finish the paperwork later. While that certainly sounds like a reasonable thing to do, it was in fact an extraordinary humanitarian gesture that’s been compared to rescue airlifts of children during times of war. International adoption is closely monitored because of concerns about fraud and illegal child trafficking.

Since then, we’ve kept in touch with the Wilsons, a bustling and busy family, now with 5 children. Tia and Naika are adjusting remarkably well to their new life in the suburbs of Nashville. These days they pretty much seem like typical American kids. But of course, they have an extraordinary life story and the Wilsons have a unique connection to Haiti.

The Wilsons work for a Christian non-profit group that does a lot of work in Haiti. They’ve returned at least a dozen times since the quake, often leading dozens of volunteers recruited from across the United States. Our story on Rock Center is about the journey the Wilsons took during the quake and since then. We met them in Nashville and in Haiti a few weeks back, to see some of the work they’re doing. We think its an important story, because these days Haiti, still struggling to recover, isn’t in the headlines much. And that’s the point and the problem.