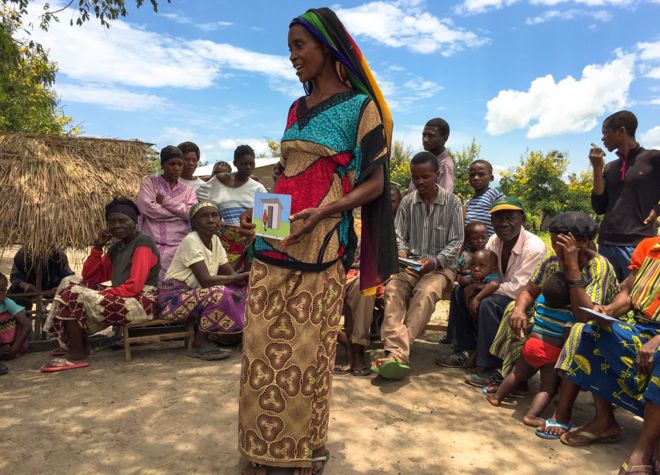 War, corruption and poverty have dogged the Democratic Republic of Congo, and it is widely believed that incumbent president will cancel this year’s presidential elections. But despite the instability this could bring, Mary-Ann Ochota met a community who remain surprisingly upbeat.

Bawili Amisi is a slim woman, lean and strong. As she stirs cassava flour to make the Congolese staple fufu, a greyish sticky dough eaten at every meal, I can see the sinews in her arms standing taut. When she calls the family to eat, everyone assembles without delay. Children don’t mess about with their food here. They eat and they are grateful.

In fact Congo should be one of the most prosperous countries in Africa. It doesn’t just offer agricultural promise, it also has more than a thousand precious minerals. There’s copper, diamonds, gold, uranium and coltan, used in every mobile phone in the world. And yet Congo’s people are some of the world’s poorest.

Congo’s leaders have been corrupt, cruel tyrants. The current president, Joseph Kabila, oversees a kleptocratic elite, with little interest in uniting, or even running, the country. Mining profits drain overseas or into deep back pockets. There is no rule of law. In every measure of human development – safety, food security, access to water, healthcare, education – the DRC scrapes along the bottom of world rankings. The people are on their own.

Bawili’s story is quintessentially Congolese. In 1998, her husband was shot when rebels attacked their village. She fled with her children to Tanzania, to spend a decade in an overcrowded refugee camp. In 2008, she was among thousands forcibly repatriated to Congo. It wasn’t yet safe back home, but Tanzania was closing the camps.

The village Bawili and her family were sent to was new – a patch of forest allocated for “returnees”, dislocated strangers from all over Congo. There was no clean water supply, no sanitation. 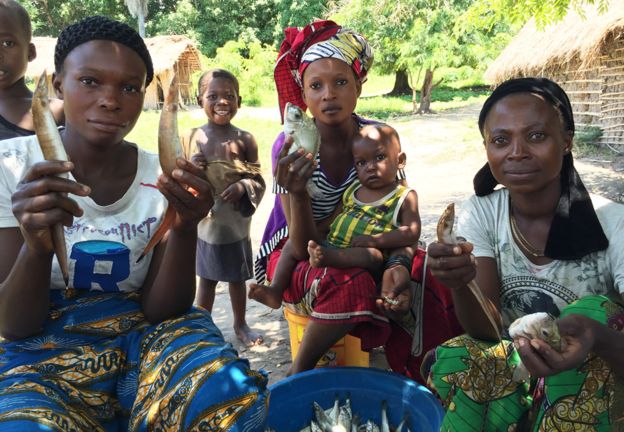 “It was very difficult,” Bawili smiles, almost apologetically, “but I started growing some crops and built the house.” She gestures to the neat mud-brick hut we’re sitting next to, with corrugated tin shutters on the windows and a bright cloth covering the doorway. “I was too weak to dig a latrine, and I couldn’t afford to pay someone to help me. I felt helpless because I couldn’t protect my children. It was just me.”

Bawili’s daughter Ebinda can’t remember leaving Congo. But she remembers coming back, aged 14. Some months later, she was bitten by a snake on the way back from the bushes which the family used as a lavatory. There was no anti-venom available and the toxins damaged her heart and nervous system. She still suffers now.

A year later, Ebinda was spotted by a group of men, again on her way out of the bushes. She became pregnant as a result of the gang rape. Her child, now a sweet, malnourished six-year-old, leans shyly against his mother’s legs, peeking up at me.

The first few years of international intervention here were all about “visibility”. Schools and wells are still branded with rusting signs declaring which major donor built what. But now a new approach is taking hold – the emphasis is on invisible aid, helping a community grow its own capacity for development, seeding change that will outlive the funding, and move with people who are still at risk of displacement.

Bawili’s the president of the village Community Health Club, an initiative that trains locals to learn and share skills in hygiene, nutrition and childcare. Simple things that can save lives. She and her fellow club members meet under a tree every Sunday morning, taking turns to talk about their work and how to encourage their neighbours.

Over the past few months, pit latrines have been dug across the village, including at Bawili’s house. The club has composed a jaunty song to teach everyone about hand-washing and hygiene. They start and finish each meeting with a rousing chorus of “Maendeleo! Mbele!”, “Development! Forward!”

The hope in the village is hard to square with what these people have endured. And as so often in Congo, dark clouds are massing. It’s widely believed this year’s presidential elections will be cancelled by Joseph Kabila so he can stay in power. If they are, I’m told, “there will be war again”. It’ll start in the capital, Kinshasa, then spread countrywide. And if Congolese history is any teacher, civilians will again be targeted – enslaved, tortured, raped, starved and displaced.

The community of Mwandiga Trois have no means to protect themselves from that. But somehow Bawili has hope. She has new skills, a new latrine, and steely determination that she can face whatever the future holds. Development. Forward.

The billions of pounds Congo’s minerals have generated have brought nothing but misery and death to the very people who live on top of them, while enriching a microscopic elite and their foreign backers, and underpinning our technological revolution in the developed world, writes historian Dan Snow. The Congo is a land far away, yet our histories are so closely linked. We have thrived from a lopsided relationship, yet we are utterly blind to it. The price of that myopia has been human suffering on an unimaginable scale.