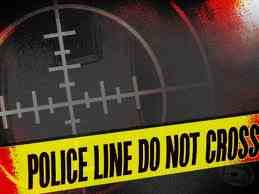 In a span of five days, at least eight people have been killed in violent shootings in South Florida. While Miami-Dade’s murder rate hit a low in 2005, it has crept up in recent years.

BY Laura Isensee and Diana Moskovitz

A 25-year-old mom who clerked at a check cashing store. A former head cheerleader at Booker T. Washington Senior High. A middle-aged man who worked mowing lawns with his friend. A distraught U.S. Air Force veteran.

These are the latest victims in a particularly bloody week in South Florida where gunshots have left at least eight people dead and more wounded.

The mom, Clairemathe Geffrard, was shot execution-style in an armed robbery near Fort Lauderdale. The ex-cheerleader, Calvin Milton, Jr., 27, was gunned down in a drive-by in Overtown. Roberto Morejon, in his early 50s, and his ex-girlfriend Yordanis Montoya, 36, were found dead — an apparent murder-suicide — in his Little Havana efficiency Friday morning. And the veteran, Catawaba Howard, 32, fired at Miami-Dade police, who shot back and killed her.

The shootings have devastated friends and families and signal a seasonal summer spike in crime. Law enforcement officials also say they are seeing more firearms on the streets.

“This is real bad,” said Jesus Gonzalez, 82, who had been renting out an efficiency to Morejon in Little Havana. “That makes every citizen living in Miami afraid to even go out and buy something. I go out on my own, but I don’t feel safe in the city.”

Officials say the shootings do not mean there is a crime wave in South Florida. But they do point to a general consensus among experts: Violent crime often spikes during the summer.

Hector Garcia, director of the School of Justice at Miami-Dade College, spoke of a commonly accepted theory: “The hot summer and short tempers lead to more violence.”

Unemployment and adolescents out of school may also contribute to the mayhem.

“When you have all these factors together, it does tend to increase people’s tendencies toward violence,” Garcia said.

Over the last few years, that rate has crept up. In 2010, the murder rate in Miami-Dade was nine for every 100,000 residents. That’s still much better than 1981 when Miami-Dade’s murder rate hit a peak of 33.5 for every 100,000 residents, said Bill Bales, an associate professor in the College of Criminology and Criminal Justice at Florida State University’s, a top-ranked department in the country.

“You’re much less likely to be murdered in Miami-Dade now than 20 years ago. That’s the good news,” Bales said. “There’s certainly concern about the recent trend.”

While violent crime has decreased in Broward County, Sheriff Al Lamberti said his deputies have seen more crimes involving guns, such as Tuesday’s armed robbery that left the clerk at the check cashing store dead. The shooting occurred early in the morning in a busy area off a major thoroughfare with plenty of pedestrian traffic. The gunman came out shooting at police, and a bullet struck a bystander across the street.

And as individual crimes become more violent — at times taking innocent lives — those cases will draw attention and community concern, he said.

“Those strike at the heart of the community when you hear’’ about those brazen kind of shootings, he said.

He has created a unit dubbed the gun squad: one sergeant and three detectives who focus on gun crimes and try to trace the weapons to find where they come from.

He said the proliferation of weapons, especially assault rifles, along with what he sees as a fearless mentality among criminals has made deputies’ jobs more dangerous than when he started more than 30 years ago.

“When I was on road patrol, the worst you had to do was wrestle somebody to the ground and cuff them and take them to jail,” Lamberti said. “The fact that they will so easily shoot at law enforcement is something new. When I started, nobody would think about doing that.”

Miami Police spokeswoman Kenia Reyes pointed to the actions of an officer on Thursday who stopped a silver, 2002 Bonneville traveling the wrong way on a street. Inside, police found three loaded guns including an AK-47.

“Those guys obviously were going to do something,” Reyes said.

Early Friday morning, Catawaba Howard ended up dead after the eight-year Air Force veteran drew a gun on Miami-Dade police. She had recently left the military.

“She was troubled in her own round-about way and was seeking help,” said her mother, Gail Howard.

In Little Havana, while he was watching ‘So You Think You Can Dance,’ Gonzalez, the landlord, heard what sounded like an explosion Thursday night.

He did not call the police because he didn’t know what it was.

“It could have been a stray bullet. It could also have been problems with the electric installation,’’ he explained. “You call the police when you see something. It is better to leave it alone.”

The body of Morejon, his tenant and neighbor, was not discovered until Friday.

There was blood everywhere, Gonzalez said.

The State Department should issue a Travel Advisory, telling people they should not visit this part of Florida.

This day of violence is much worse than that experienced by Haiti over the same period of time.