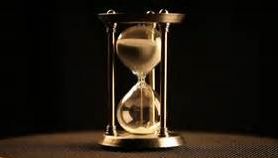 U.S. immigration officials have revealed that they face a deportation backlog of 550,000 illegal immigrants who were given temporary amnesty by former President Obama or simply let off the hook by liberal judges.

The massive backlog is being tackled by Immigration and Customs Enforcement, but the sheer numbers — bigger than the populations of Atlanta or Sacramento — is overwhelming the agency’s enforcement and removal department.

This week as ICE and other immigration officials reviewed successes under President Trump, a reporter asked Matthew T. Albence, executive associate director for enforcement and removal operations, if he knew the number of outstanding deportation orders. The conversation went this way:

Albence: “Well for a large part of the last four or five years we’ve been unable to take enforcement action against those individuals.”

Under Obama, many deportation actions were delayed starting in 2014, he said.

Even if ICE officers found one in a jail, Albence said that they were advised against seizing the illegal. “Our officers had to turn their heads and walk the other way. So that’s a large part of that problem, the fact that we couldn’t enforce the law,” he said.

And liberal judges also forgave or protected illegals, even illegal populations like several Iraqi’s in the Detroit area, some sought for murder, according to ICE.

And, he added, a third factor in the build up of deportation orders is because some 300 sanctuary cities refused to let ICE officers into city jails to seize illegals.

Homan said ICE plans to fight those cities and other obstructions to send a message to illegal populations that they are not safe from deportation, even if they have been in the U.S. for 10 years.

Paul Bedard, the Washington Examiner’s “Washington Secrets” columnist, can be contacted at pbedard@washingtonexaminer.com