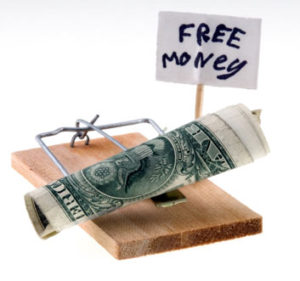 (The Loop21) — While hundreds of thousands suffer without water, electricity, and shelter in Haiti, one man from the privileged comfort of his tax payer supported Washington D.C. office has held $917 million in aid to Haiti hostage. Earlier this year the United States pledged to provide nearly a billion dollars in aid to help rebuild earthquake ravaged Haiti. Both the Senate and the House of Representatives passed legislation making $917 million available for the rebuilding effort. Because Congress did not spell out exactly how the money was to be spent, a separate authorization bill accomplishing this task was needed. Without the authorization bill the money would not be dispersed.

Using a little heard of device known as the Senate hold, Senator Tom Coburn (R) has blocked this authorization bill from reaching the floor of the Senate, in effect holding hostage well over $900 million needed to re-build earthquake ravaged Haiti.

His justification – a $5 million provision in the authorization bill he considers wasteful. Never mind the fact the provision would fund a Haiti coordinator charged with developing a rebuilding strategy for the country. According to the Associated Press, $1 million a year for five years would be used to pay for the coordinator and a staff of up to seven people.

Rather than waste money, it seems like such a coordinator position would actually save money by ensuring funds were spent according to a well thought out plan.

One can only wonder about the true motives of Senator Coburn’s actions. As a man who so proudly touts his Christian conservative roots, shouldn’t Coburn heed the spirit of his faith – one that calls for compassion and admonishes believers to help those less fortunate than ourselves? As a physician shouldn’t Coburn be more in tune with human suffering?

Coburn’s actions are emblematic of an even larger problem – a hopelessly broken Senate, one in which arcane rules adversely affect the lives of real people. The Senate hold Coburn placed on the Haitian aid authorization bill is a prime example.

Not only does a hold allow a Senator to block legislation from coming to the Senate floor for a vote, but it allows the Senator to do this in complete anonymity. Only investigative reporting by the Associated Press uncovered Senator Coburn as the senator responsible for blocking aid to Haiti.

In a democratic system, a single senator shouldn’t have the power to so cowardly hold legislation, impeding the work of Congress in the process. Yet, Republicans have used holds not only to block legislation but to also prevent the appointment of Presidential nominees.

Just as devastating has been the Republican use of the filibuster, a tactic that forces 60 senators to agree before a bill can proceed to passage instead of a simple 51 percent majority.

Good legislation has repeatedly been stalled or sacrificed at the hand of the filibuster, even when a majority of Senators were in favor of it.

Among them – legislation to end tax breaks to companies that ship jobs overseas, repeal of the Don’t Ask, Don’t Tell ban on gays in the military, extension of unemployment benefits for the jobless, small business tax cuts, and emergency aid to states to save the jobs of thousands of teachers and public employees.

In fact, by early this year the House of Representatives had already passed 290 pieces of legislation that subsequently stalled in the Senate – a place where legislation and common sense go to die. In the process real Americans facing real problems have suffered.

And where has the media been in all this? It seems they would rather report on the antics of the Tea Party than shine light on a dysfunctional Senate. Are we a culture that would rather hear about Lindsay Lohan’s latest arrest than the inhuman actions of a leader who prevents aid from reaching earthquake victims?

Was Haiti just the “flavor of the month”? Have we so quickly forgotten the human suffering and devastation, moving on to the next item in our 24/7 news cycle?

The devastation in Haiti was a true human tragedy. Yet equally as tragic is a broken Senate whose rules allow politicians to capriciously obstruct legislation that could help millions of people.

Now that you think about it, should we even be surprised Senator Coburn is holding desperately needed aid to Haiti hostage? His own party in the Senate has been holding the American public hostage for nearly two years.

2 thoughts on “Washington, D.C. The Real Haiti Tragedy: Nearly $1 billion in Aid Held Up By One Senator”