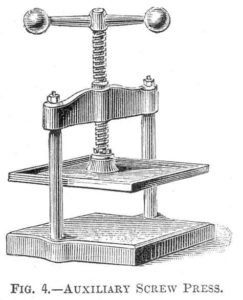 The Obama administration told the United Nations that too few of its 10,307 workers are being cut and average salaries, currently $119,000 a year, have risen “dramatically.”

The U.S. ambassador for UN management and reform, Joseph M. Torsella, said today that the proposed $5.2 billion UN budget for the next two years would scrap only 44 jobs, a 0.4 percent reduction. After an “onslaught” of add-ons, the 2012-13 budget would rise more than 2 percent to $5.5 billion, he said.

“That is not a break from ‘business as usual’ but a continuation of it,” Torsella said in a speech in New York to the UN’s administrative and budgetary committee. “How does management intend to bring these numbers and costs back in line?”

The Obama administration, he said, “calls for a comprehensive, department-by-department, line-by-line review of this budget” and a new process to approve UN funding.

“It is our obligation to our taxpayers to do more with less in Washington and here at the UN,” he said.

Torsella’s attack on UN salaries and workforce size follows legislation introduced by U.S. House Republicans on Aug. 30 that, if passed into law, would have the U.S. withhold a percentage of its contributions until at least 80 percent of the UN budget is voluntary.

While pressing for savings in the UN budget, the Obama administration is opposed to withholding U.S. funding. That approach to forcing UN reform is “fundamentally flawed in concept and practice, sets it back, is self-defeating, and doesn’t work,” U.S. Ambassador to the UN Susan Rice, said on Sept. 13.

The U.S. pays 22 percent of the UN’s regular operating budget and is assessed 27 percent of the peacekeeping budget. U.S. payments totaled $3.35 billion in 2010, of which $2.67 billion was dedicated to the 16 peacekeeping operations worldwide, from South Sudan to Haiti.

Torsella also complained about receiving the UN budget proposal in a “piecemeal fashion” with “too little financial analysis.” He cited, as an example, not knowing how much the UN spends on health-care benefits for its employees.

Calling personnel the “largest and most important driver of long-term costs,” Torsella said those expenses increased to $2.4 billion in the 2010-11 budget from $1.4 billion a decade earlier.

Legislation by Florida’s Ileana Ros-Lehtinen, the Republican chairman of the House Foreign Affairs Committee, demands that the UN let countries decide how much to pay and which programs they will support, rather than assessing payments based on a formula. It would end funding for Palestinian refugees, limit use of U.S. funds only to purposes outlined by Congress and put a hold on creating or expanding peacekeeping operations until management changes are made.

In 2006, President George W. Bush’s ambassador to the UN, John Bolton, said the U.S. might push to make contributions to the UN budget voluntary. Bolton also focused on peacekeeping operations, holding hearings on reports of sexual exploitation by UN peacekeepers in Africa and up to $300 million in unnecessary purchases of equipment and supplies for peacekeeping missions.

Also in 2006, House lawmakers called for withholding half of the $429 million in U.S. funding for the UN’s regular operations that year in an attempt to force changes in the world body. At the time, criticism was focused on evidence of graft in the $64 billion UN program that allowed Iraq’s Saddam Hussein to use oil money from 1996 to 2003 to buy food and medical supplies for his people.

Anger over the scandal drove a 60-member group in the House to sponsor a resolution calling for the resignation of then Secretary-General Kofi Annan.

An attempt in the House in 2006 to pass legislation tying payments to UN management changes failed.

To contact the editor responsible for this story: Mark Silva at msilva34@bloomberg.net