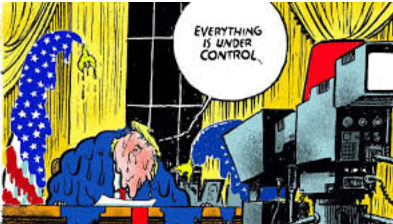 The largest study of the Trump-touted malaria drug hydroxychloroquine yet found no benefits in treating patients with COVID-19. In addition, it recorded more deaths among patients who received the treatment than those who did not.

About 28% of male veterans who received hydroxychloroquine and standard care at Veterans Health Administration medical centers died, while only 11% of those that only received routine care, according to a study by researchers at the Columbia VA Health Care System in South Carolina, the University of South Carolina and the University of Virginia School of Medicine. The study has been submitted to the New England Journal of Medicine. However, it has not yet been peer-reviewed, according to the Associated Press.

The researchers looked at the health records of 368 male veterans who were hospitalized with confirmed cases of the new coronavirus. The study also looked at outcomes for patients that received both hydroxychloroquine and the antibiotic azithromycin, a combination repeatedly touted by President Donald Trump. It found that 22% of those patients also died, or twice the rate of patients who did not. The study similarly found no difference in patients who needed a ventilator.

“We found no evidence that use of hydroxychloroquine, either with or without azithromycin, reduced the risk of mechanical ventilation in patients hospitalized with COVID-19,” the researchers wrote. “An association of increased overall mortality was identified in patients treated with hydroxychloroquine alone. These findings highlight the importance of awaiting the results of ongoing prospective, randomized, controlled studies before widespread adoption of these drugs.”

A Brazilian study published on MedRxiv, a pre-print server for studies awaiting peer review, was also halted earlier this month after 11 of 81 coronavirus patients receiving high doses of hydroxychloroquine died.

Trump has suddenly gone quiet on the drug after repeatedly promoting it at his coronavirus news briefings. The president touted a small French study hyped by Fox News, claiming it had a 100% success rate using the drug in combination with azithromycin to treat the coronavirus. But the study’s publisher has since said the research did not meet its standards, and The Guardian reported that researchers excluded several patients who died or were taken to the intensive care unit from the results.

The Centers for Disease Control and Prevention also quietly deleted “unusual” guidance for doctors about using the drug. The CDC now warns that “there are no drugs or other therapeutics approved by the U.S. Food and Drug Administration to prevent or treat COVID-19.”

Trump has not mentioned the drug since last Tuesday, when he bragged that the government had sent states 28 million doses of hydroxychloroquine, according to Politico. Fox News hosts that have repeatedly promoted the drug have largely stopped talking about it, as well.

The president touting the drug as a “game-changer” has led to blow-ups among officials on the White House coronavirus task force. Trump trade adviser Peter Navarro recently surprised participants by bringing a stack of folders which he claimed contained studies showing “clear therapeutic efficacy” of the drug, according to Axios. Dr. Anthony Fauci, the director of the National Institute of Allergy and Infectious Diseases, pushed back on that claim, stressing “there was only anecdotal evidence” that the drug worked on coronavirus patients. The remark “set Peter off,” a source told the outlet.

Igor Derysh is a staff writer at Salon. His work has also appeared in the Los Angeles Times, Chicago Tribune, Boston Herald and Baltimore Sun.