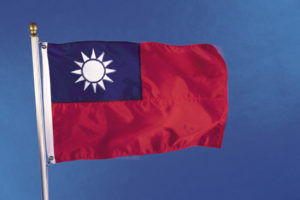 Post-quake reconstruction work being carried out in Haiti with assistance from Taiwan, including a new village project, has been progressing according to plan, the Ministry of Foreign Affairs said June 27.

The Western Caribbean island nation was hit by a magnitude 7.0 earthquake in early January 2010 that killed hundreds of thousands, left millions homeless and caused widespread devastation.

In the weeks following the temblor, ROC President Ma Ying-jeou decided to make a stopover in the neighboring Dominican Republic, after attending Honduran President Porfirio Lobo Sosa’s inauguration, to discuss ways that Taiwan could provide further assistance to Haiti.

Among them was the New Hope Village Project, under which the Haitian government was to provide 379 hectares of state-owned land for the construction of permanent homes for some 200 displaced families. The project also included helping Taiwan’s International Cooperation and Development Fund carry out an agricultural plan aimed at providing a livelihood for the settled families.

As the site had no roads linking it to the outside world, MOFA and Haiti’s agricultural ministry planned the construction of five bridges, with the Haitian side responsible for building the connecting roads. The construction project was launched in January of this year and is 30 percent complete, according to the ministry.

In addition, Taiwan-based Overseas Engineering and Construction Co. has been selected to undertake construction of the village, with the contract slated to be signed soon.

MOFA officials said the progress of some of the Taiwan-assisted reconstruction projects had been affected by a cholera outbreak in Haiti last November and the holding of presidential and legislative elections there earlier this year. (SB)