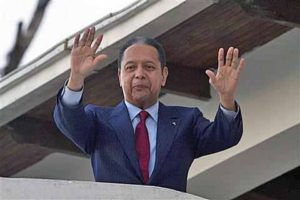 Switzerland says it has begun legal proceedings to return the frozen assets of former Haitian dictator Jean-Claude Duvalier to the Haitian government.

In February a new law intended to make it easier for Swiss authorities to return illegally obtained funds to their country of origin took effect.  The law was prompted in part by the legal battle over Duvalier’s funds.   It requires that the money be used for civic interests.

The former Haitian leader’s Swiss accounts were frozen 25 years ago when he was ousted from office.

Haiti is the Western Hemisphere’s poorest country.  It is struggling to rebuild following a January 2010 earthquake that left more than 200,000 people dead and 1 million others homeless.  Hundreds of thousands of people still live in tent camps.

Some information for this report was provided by AFP.