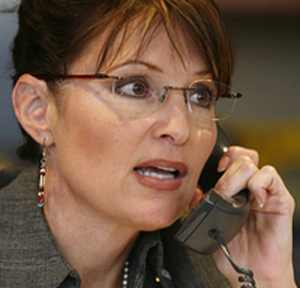 Her first stop was to tour a shelter with Rev. Franklin Graham, whose Samaritan’s Purse relief organization helped build temporary houses for those left homeless by January’s devastating earthquake.

“I’ve really enjoyed meeting this community,” Palin said in a statement posted on the organization’s Web site. “They are so full of joy. We are so fortunate in America and we are responsible for helping those less fortunate.”

The Web site posted pictures of Palin reaching her hand out to Haitian families and children gathered around her, but the pictures were later removed without explanation.

Palin was wearing cargo pants, a T-shirt and designer sunglasses.

The potential U.S. presidential candidate also planned to stop by cholera-treatment centers, but Roseann Dennery, a spokeswoman for Samaritan’s Purse, said details about Palin’s itinerary were not being released for security reasons.

Media access was denied to everyone except Greta van Susteren of Fox News, who accompanied Palin and Graham on the trip. She posted pictures on Twitter of Palin getting ready to apparently give gifts to dozens of Haitian children sitting in rows with adults standing behind them.

Palin’s visit comes amid a cholera outbreak that has killed more than 2,000 people and affected another 90,000.

Adding to the turmoil is a disputed presidential election that has led to riots and violence over allegations the vote was rigged. On Saturday, Haiti’s two top candidates rejected a proposed re-count.

3 thoughts on “Sarah Palin arrives in Haiti with mercy mission”