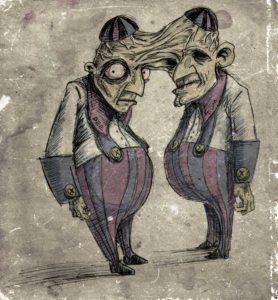 WASHINGTON, Jan 31, 2012 (IPS) – International and local human rights groups Tuesday strongly denounced the ruling by an investigating judge in Haiti that former dictator Jean-Claude “Baby Doc” Duvalier should not face charges for massive human rights abuses committed during his 15-year reign, from 1971 to 1986.

The Office of the U.N. High Commissioner for Human Rights said it was “extremely disappointed” by the ruling. The U.S. State Department, noting that the case could still be appealed to higher courts, urged “the Haitian government to investigate all credible allegations of corruption and human rights abuses regardless of who commits them and to prosecute those found responsible.”

“We’ve said over the years that Duvalier’s regime was one of repression and we sympathise with all those who were victimised during that period and who are seeking accountability and truth on behalf of themselves or their loved ones,” said State Department spokesperson Molly Lynn Westrate.

She added that Washington has offered to the Haitian government technical assistance in any investigation, but that the offer had not been accepted.

Investigating Judge Carves Jean reportedly ruled that the statute of limitations had run on human rights-related charges against Duvalier and that he could be prosecuted only for misappropriation of public funds, a relatively minor offence which carries a maximum sentence of five years in prison.

The judge declined to make the ruling publicly available, but it reportedly followed recommendations by the state prosecutor, a sign that Haiti experts here believe suggests that the one-year-old government of President Michel Martelly, who is believed to have personally consulted on occasion with Duvalier, has no interest in pursuing the case.

“The handful of victims who have been interviewed had been subjected to intimidation by Duvalier supporters and his lawyers,” noted Javier Zuniga, special adviser on Haiti to Amnesty, who called the investigation a “disgrace”.

“It is clear that the investigating judge left out invaluable evidence and decided not to interview all the victims who filed complaints,” he added. “It is a dark day for Haiti and for justice.”

Local human rights groups were no less outraged. Anthonal Mortimé, who directs the Platform of Haitian Human Rights Organistions (POHDH), called the judgement a “scandal” and vowed to seek its reversal by the attorney general who will review the case under Haitian law.

Duvalier, who inherited power from his more-notorious father, Francois “Papa Doc” Duvalier, was ousted from power in a popular uprising in 1986. He fled to France, where he lived undisturbed until his surprise return to Haiti one year ago when the Caribbean nation was still struggling to recover from the January 2010 earthquake that devastated the capital, Port-au-Prince, and much of the rest of the country. As many as 300,000 people are believed to have been killed.

Under the 29-year Duvalier dynasty, tens of thousands of Haitians are believed to have been killed, most of them by the dreaded Tonton Macoutes, the family’s personal militia. In addition to the killings that continued during “Baby Doc’s” rule, hundreds of political prisoners were held at any one time in a network of prisons, including the infamous Fort Dimanche in Port-au-Prince, where they died of neglect, torture and mistreatment.

Duvalier, now 60 years old, was initially ordered by the government to remain confined to his residence in the capital while prosecutors investigated charges that he embezzled as much as 800 million dollars and criminal complaints by victims and victims’ families of massive human rights abuses during his presidency.

After Martelly’s inauguration last May, however, Duvalier began travelling around the country, meeting with his old friends and followers. Last month, he spoke at commencement exercises at a law faculty in Gonaives.

On the second anniversary of the earthquake earlier this month, he attended the government’s memorial and even shook hands with former President Bill Clinton, who has played a key role in marshalling U.S. and international support for earthquake relief and reconstruction.

Since taking office last year, Martelly, who also has family ties to Duvalier, has made clear that he was committed to national reconciliation and had little interest in a trial that could provoke renewed divisiveness and instability. During a visit to Europe last week, for example, he suggested that he would pardon Duvalier if the case were pursued, although he subsequently backtracked.

“Inviting Jean-Claude Duvalier to take part in public official ceremonies clearly showed that the government wanted to rehabilitate him instead of holding him to account,” Amnesty’s Zuniga said.

“Given the influence of the executive branch on the judiciary in Haiti, we could expect such an outcome,” said Robert Fatton, a Haiti expert at the University of Virginia, about Tuesday’s ruling.

He also noted that the sons and daughters of many prominent Duvalierists are advising or serving in Martelly’s government.

“But to be absolutely fair, there are issues of stability,” he told IPS. “If there were a trial of Jean-Claude, all of the people opposed to (former President Jean-Bertrand) Aristide will call for a trial for him. You can see the situation really disintegrating.”

“At the same time, I can’t see any kind of reconciliation in Haiti without some sort of trial or truth commission,” he went on. “The idea you can just say it’s finished doesn’t do anything for reconciliation. It can only exacerbate tensions, because people say it’s impunity.”

Ironically, Tuesday’s ruling came less than two weeks after eight police officers, including high-ranking officials, were sentenced to up to 13 years of prison for the 2010 massacre of at least 20 detainees in Les Cayes in what was hailed as a major blow against impunity in Haiti.

In their reactions to the Duvalier ruling, human rights groups argued that international law superseded Haiti’s statute of limitations. They pointed to decisions of the Inter-American Court of Human Rights by whose judgements Haiti is legally bound.

The Court has held repeatedly that neither statutes of limitations nor amnesties can be applied to gross human rights violations under the American Convention on Human Rights.

“It is clear under international law that there is no statute of limitations for such crimes…,” Rupert Colville, a spokesman for the U.N. High Commissioner, told reporters in Geneva.

The State Department’s Westrate stressed that Washington believes that “a Haitian-led process consistent with Haitian law is the way forward for addressing Duvalier’s actions as president,” and she stressed that the victims “still have recourse at the appellate court and, if necessary, the Haitian supreme court.”

But Fatton was sceptical about Washington’s willingness to press the Martelly government to pursue the case.

“I think the U.S. would be perfectly fine with the status quo,” he said. “Its primary objective in Haiti now is to have a government that functions and that is stable. Anything that would potentially generate some sort of instability would not be welcomed,” he said.

“The U.S. won’t risk antagonising the Martelli governmentt over this issue,” he said. “One of the big issues now is (Martelly’s proposal to) bring the army (which was abolished under Aristide) back. I think the U.S. is unhappy about that; in fact, the whole international community is unhappy about that, so Duvalier doesn’t seem like the highest priority.”

*Jim Lobe’s blog on U.S. foreign policy can be read at http://www.lobelog.com.