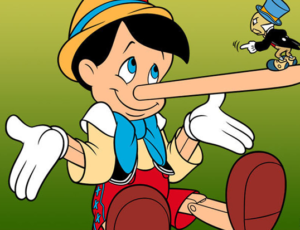 Seitenfus’ knowledge of international collusion runs deep and he is not afraid to name names as he describes covert meetings among then Special Representative of the Secretary-General of the United Nations and MINUSTAH chief Edmond Mulet, then U.S Ambassador Kenneth Merten, and then-Prime Minister Jean-Max Bellerive. He goes on to outline a “maléfique ou perverse” (evil or perverse) relationship between the government of Haiti and corrupt NGOs, and confirms that there was a cover-up of the fact that the United Nations was responsible for the introduction of cholera into Haiti.

On the secretive discussion of a coup by the core group, Seitenfus writes that the UN’s Mulet wanted René Préval removed from office. In intimate detail, Seitenfus describes a meeting on election day, November 28, 2010, when Mulet tried to remove the president of Haiti René Préval from power and send him into exile. Quoting Mulet:

I just finished talking on the phone with Préval informing him that an airplane would be at his disposal to leave the country. In 48 hours, at the latest – that is, until Tuesday, the 30th – Prevál will have to leave the presidency and abandon Haiti.

When Bellerive arrived at the meeting, his first question was, “I would like to know whether President Prevál’s mandate is on the negotiation table? Yes or no?”

Seitenfus chronicles an air of silence and “cowardice” permeating the room. OAS Assistant Secretary General Albert Ramdin’s presence in the meeting “tied my hands and silenced my voice.” Yet something had to be done to avoid a repeat of the 2004 crisis when Haiti’s democratically-elected president Jean-Bertrand Aristide was forcibly flown out of Haiti on a United States plane.

Seitenfus realized that someone had to speak up.

A democratic conscience and the respect for the Haitian institutions guided my attitude. It was not going to be the OAS representative in Haiti who would speak. It would be the Brazilian and the university professor.

Seitenfus asked the Brazilian ambassador, Igor Kipman, what his position was. Kipman and Argentina’s Union of South American Nations (UNASUR) representative Rodolfo Matarollo joined forces with Seitenfus against the coup.

Seitenfus reports then U.S. Ambassador to Haiti Kenneth Merten “was shaking his head.” Seitenfus took this as a signal of Merten’s dissatisfaction with how the meeting was unfolding. “When he broke his silence it was to recognize that the coup by the Core Group against Préval would fail and he said, “We’re not going to talk about this anymore.”

The U.S. Embassy in Port-au-Prince published a press release at 9 p.m. the same day dismissing the voting results and forcing another election.

What followed was the sabotage of Jude Célestin’s candidacy. Mulet accused him, as Préval’s son-in-law, of being a puppet. Seitenfus quotes Mulet saying, with no evidence, that ministers supporting Célestin would travel to the countryside with “suitcases full of money to buy votes.”

A Machiavellian OAS “recount mission” ensured that no candidate could have more than 225 votes, even when the average number of registered voters was 460 in each polling station.

The Mission applied this innovative method to the candidate Jude Célestin, dismissing ex officio those ballot boxes in which he obtained 225 or more votes. To maintain a good appearance, they decided, nonetheless, to eliminate some of the votes for Mirlande Manigat and Michel Martelly. Thus, 13,830 votes were eliminated from the former and 7,150 from the latter, while Jude Célestin saw 38,541 votes disappear, or 60% of all the votes that were eliminated.

In the end, pop musician Michel “Sweet Micky” Martelly was selected to compete in the runoff instead of the governing party’s candidate Jude Célestin. Martelly is the current president of Haiti.

Seitenfus says that the United Nations, “especially Edmond Mulet and Ban Ki-moon,” denied the UN’s “direct and scientifically-verified responsibility for the introduction of the Vibrio cholera into Haiti.” As of February 9, 2014, 699,244 people contracted cholera and 8,549 have died.

Seitenfus slams the international community for supporting The UN’s “lie” and turning it into strategy. He blames the so-called “Group of Friends of Haiti”: Argentina, the Bahamas, Belize, Canada, Chile, the United States, Guatemala, Mexico, the Dominican Republic and Venezuela, as well as Germany, France, Spain and Norway, in their roles as Permanent Observers in the OAS as complicit in a “genocide by negligence.”

Writing about the corruption of NGOs, Seitenfus accuses the international community of bypassing Haitian institutions and giving preference to Transnational Non-Governmental Organizations (TNGOs). He describes it as an “invasion,” that reached staggering levels after the earthquake. U.S.

He charges that the governments of donor states used both private donations and public resources to cover the costs of military interventions in Haiti: “As such, for example, more than $200 million U.S. in private donations from U.S. citizens served to finance the transportation and stay of U.S. soldiers in Haiti soon after the earthquake.”

This book details Seitenfus’s dependence upon his own moral compass as he was forced to take a stand against powerful international players, including the United States, as the potential coup was put in motion.

Seemingly an existentialist at heart, Seitenfus opens his book with a quote from philosopher Albert Camus’ The Fall. All of humanity is responsible for every tragedy or atrocity. Even if we do not personally cause the event, we are duty bound to stop it. Haitians have been “prisoners on their own island” since the slave rebellion of 1804. Foreign might has exacted a heavy penalty for what Seitenfus terms “a crime of lèse-majesté.”

With this extensive memoir and historical document, the professor with the responsibilities of a diplomat succeeds in assuming his duty as a moral compass in the troubled world of international “diplomacy” in Haiti.

______________________________________________________
COMMENT: HAITIAN-TRUTH.ORG
More garbage from the uninformed!
Jude Celestin was never supposed to win.
Read the following article, that appeared in HAITIAN TRUTH  during September 2010, and you will understand.
The game plan was changed, by Celestin, when he decided to try and win.  The fact that he had coordinated Amaral Dulcona’s murder of the guy he replaced, at CNE, was only one count against him. He would never have been accepted by the International Community.
The real winners, in order of precedence, for the real electoral process, would have been Ceant, Baker and Martelly, as 1,2,3 with Celestin and Manigat at the bottom. Manigat had a real popularity rating of something around 4.5%.
These jerks attempt to re-write the facts.
PREVAL WILL WIN BY LOSING
http://www.haitian-truth.org/haiti-preval-will-win-by-losing/
September 30, 2010
The recent tour of northern Haiti by presidential candidate Jean-Henry Ceant, accompanied by Senator Rudi Boulos, struck fear into the Preval camp. Ceant was received throughout the area, like a visiting prince. He was mobbed at every location, giving credence to a recent  poll’s 42 percent voter support for Ceant.
Rudi Boulos was driven from the senate by Preval, who claimed Boulos was an American citizen. Preval recently returned Boulos’ Haitian passport, admitting he had Haitian citizenship.  The popular Boulos is seen as the potential Prime Minister in a Ceant government. Boulos is white, Ceant is black, creating an  important alliance in a fragmented society.
If this happened, Rene Preval would face justice for his crimes. He cannot flee since asylum will be hard to find. Unlike Aristide, Preval is universally detested. In Haiti, realities are more dangerous than in societies like America’s. As one of Preval’s intimates said yesterday. “Preval is frightened. Preval is like a rat  who has taken poison. He can do anything. He can kill anyone.”
Quick action was required and the Preval team has a plan.
The concept is brilliantly simple.  It will succeed unless someone sees through this case of magician’s misdirection in time to save this poor nation from the predator, Preval.
No one could understand Rene Preval’s selection of Jude Celestin, as his Inite  (Unite)Party candidate for the presidency. Many said it was nepotism, since Celestin is married to Preval’s daughter. Many believed, Preval in his panic to  avoid justice, rolled the dice in a foolish manner. After all, Jude Celestin is tied to many questionable deals in Haiti. He was publicly noted as the man who obtained a false passport for Amaral Duclona, Preval’s gang-leader, now extradited to France for the killing of a French diplomat in Haiti. Duclona has spilled his guts, implicating Preval in many criminal acts.
It would be useful if France released details of  Duclona’s  interrogation.
And a recent MINUSTAH survey has the Preval/Inite party at 2.5 percent, well below any of the other groups. How does Preval win, especially with the tainted Jude Celestin.
Rene Preval recently invited all of the presidential candidates, for personal, one-on-one talks. The leading candidate, Jean-Henry Ceant, declined this suggestion. Ceant would only meet Preval in a group, with all  19 presidential candidates.
On the other hand, Charles Baker and Mirlande Manigat did accept Preval’s invitation. Baker promised to tell the world what was discussed. Since the meeting Baker has remained mute. Same for Manigat.
Rene Preval, in a recent interview with Le Monde, is quoted as saying there would be no winner in the first round of voting. No one has called his hand on this remark. It is more meaningful than most suspect.
Until the Christian Science Monitor commented upon Preval’s undue influence on the overall electoral process, outside observers assumed   everything was proceeding in the usual chaotic Haitian manner. Now, many are asking how a fair election can be held when Preval effectively controls all facets of the process. His own political machine has all of the money. Preval has plundered the treasury for some time in preparation for this pivotal election. His Inite(Unite) candidates will drown all others in a flood of advertising and bribery.
Someone once said, Democracy has no calories. The poor, uneducated Haitian peasant population will vote where their stomach takes them. A few very short term, immediate dollars guarantees very long term disastrous results for Haiti, struggling to recover from January 12’s devastating earthquake. The recovery effort is frozen by cynical Preval government malice. Preval plans to release all blocked assistance material immediately before the election so this avalanche will benefit his Inite candidates.
The fix is in.
Percentages have already been decided. Preval’s candidate, Jude Celestin will be wiped out. He will finish well down the list with something like 4 percent. Jean-Henry Ceant, who received 42 percent in a recent poll, will finish a miserable sixth behind the singer Sweet Mickey. Baker and Manigat will be the two going into the run-off though their real popularity is mirrored by single digit figures. Neither has any hope of winning a really free-and-fair competition, and each knows this.
With Preval’s candidate, Jude Celestin, humiliated, the world will say this is indicative of a truly fair ballot.  The Celestin maneuver is simply the brilliant cornerstone for dictatorship.
Charles Baker cannot be controlled by Preval, so he will lose the run-off. Preval promised Manigat, during their 3.5 hour private meeting, that his entire Inite (Unite) organization will back her in the second vote. Madame Manigat will win. With little popular support she will be controlled by the Preval-dominated parliament. Preval plans to steal about 80 percent of the Chamber of Deputies and Senate. He has the cash resources to do this.  Preval will dictate selection of cabinet ministers.
Mirlande Manigat, like her husband Leslie in 1988, will forsake the Haitian people for personal satisfaction. She naively believes she can control things, as did her husband before her.  Leslie Manigat lasted 5 months, after being selected by Haiti’s military, before his ego forced an implosion. How long will Mirlande Manigat last before Preval devours her?
And so Preval sets a first in Haiti.
Preval wins by losing.