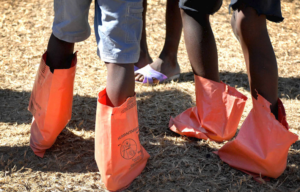 The United Nations claims that over 50 percent of those needed shelter have received shelter. They have all taken lessons from Bill Clinton in fudging with the English language. Telling the truth but not describing the true situation.

If seeing a family trying to survive under a bed sheet describes “having shelter” then…perhaps 20 percent of the needy have been dealt with.

It rained for 12 straight hours last nights and really devastated a lot of families as waters flooded down streets, sweeping 9 inch rocks along with it. Flooding waters swept through homeless camps, soaking everything. People without shelter, sleeping on pieces of cardboard – open to the elements – had no chance. 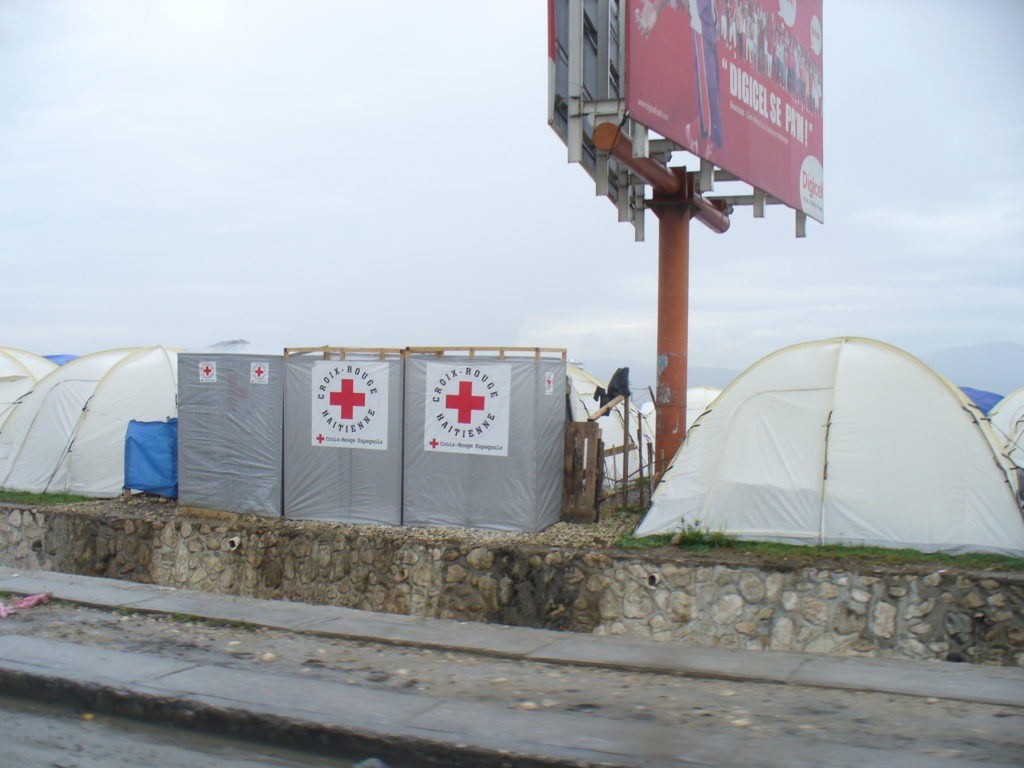 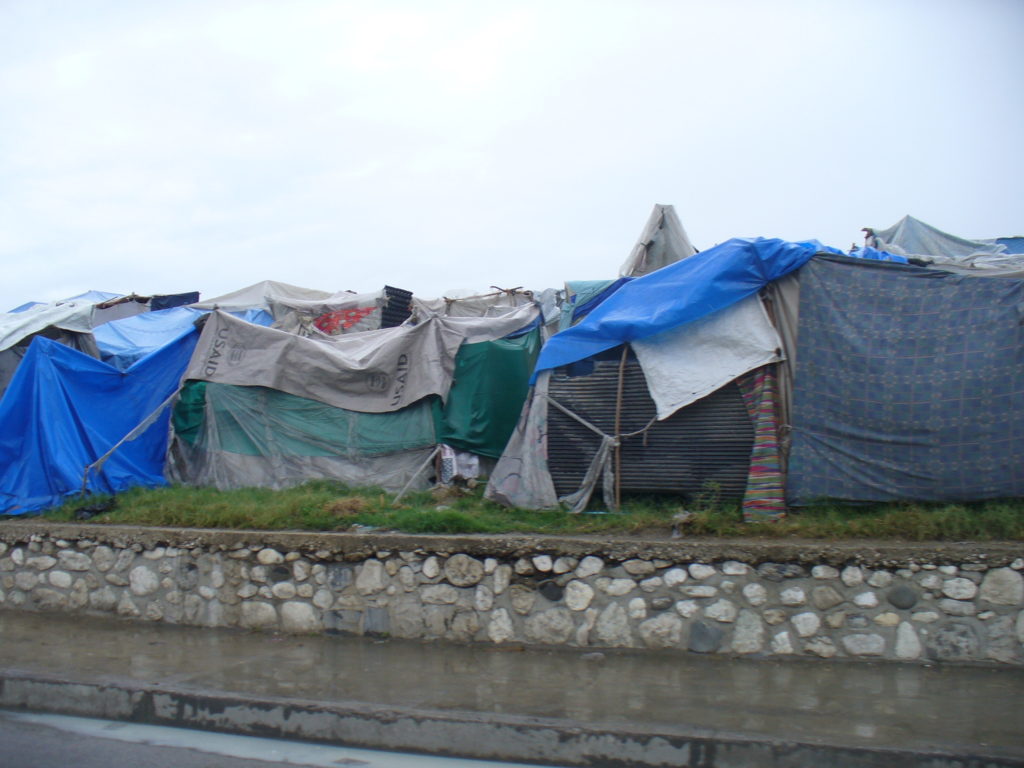 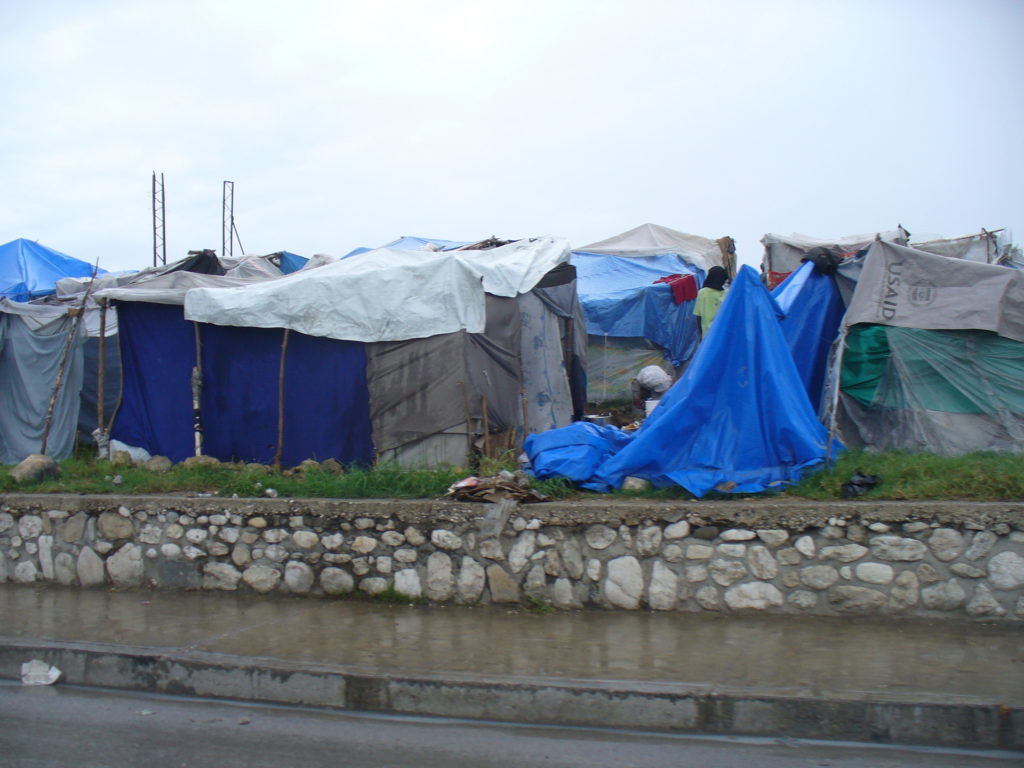 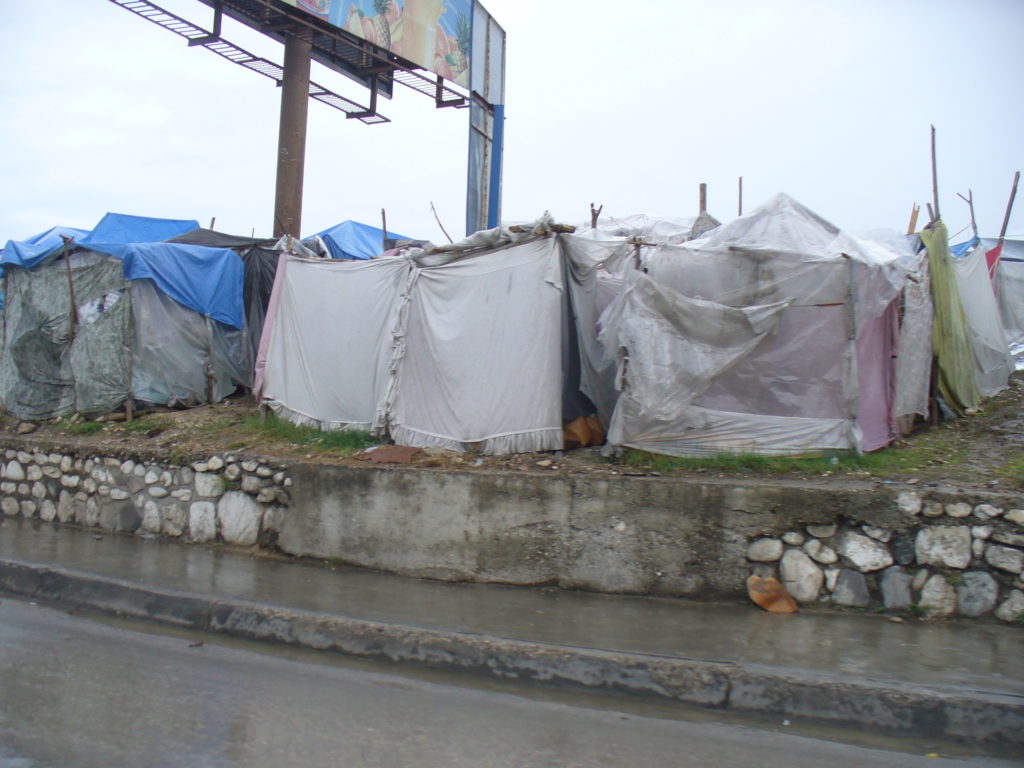 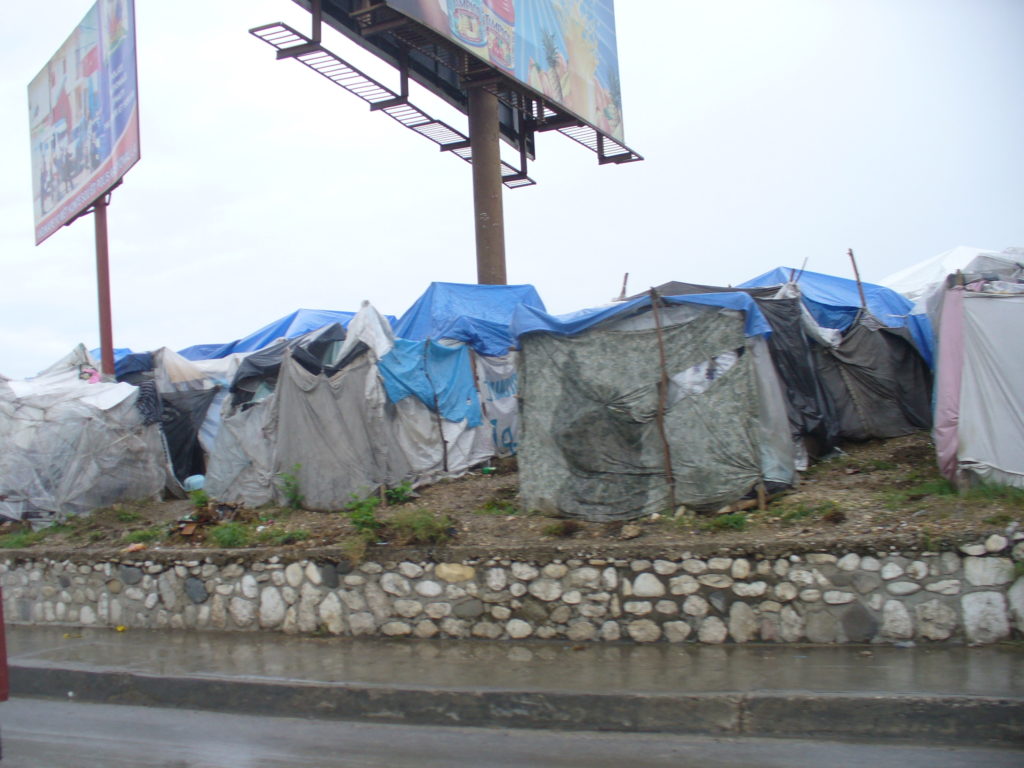 Pro-UN  people add a lot of hype to the shot of Red Cross shelters…but the reality is different as these pictures ..taken on both sides of the neat Red Cross scene indicate. They are directly situated on the left and right of the Red Cross signs. One need only focus on the Red Cross scenario and then pull back with the telephoto to show reality.

By lying…the world will think Haiti needs nothing when – in fact – it still needs everything as the Preval teams steals everything that there is.