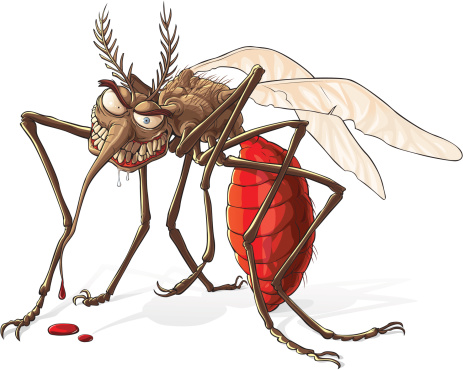 PORT-AU-PRINCE, Haiti, Sept. 10, 2014 /CNW/ – As the mosquito-borne chikungunya virus continues to spread throughout the Americas, humanitarian organization Direct Relief delivered enough medicines to treat one million people – or nearly one in 10 Haitians – to its warehouse in Port-au-Prince.

“When a fast-spreading virus like chikungunya impacts people who already struggle to access health care, it is important to provide hospitals and clinics with the supplies they need to meet the growing demand for care,” said Jeff Watson, Apotex’s President, US and Canada (Apotex Corp/Aveva/Apotex Inc.) “Apotex is in a position to help, and we are delighted to work with Direct Relief to fill those gaps.”

Other contributors to this response include Generic Pharmaceutical Association (GPHA) members Amneal, Hospira, and TEVA Pharmaceuticals, along with 3M, Johnson & Johnson, McKesson, and Prestige Brands.

“It is difficult to imagine a more meaningful use for generic medicines than helping people suffering from this frightening and debilitating disease,” said Ralph G. Neas, President and CEO of the Generic Pharmaceutical Association. “These donations are a testament to the shared goals of the generics industry- providing access to medications for people who need them most.”

Unlike many other mosquito-borne diseases, no vaccine is available to prevent chikungunya. Common symptoms include fever and joint pain, which is often severe and disabling.

The current outbreak, which began in late 2013, marked the arrival of chikungunya in the Americas. It was first detected in Haiti in May and its spread prompted the Haitian government to formally declare a medical emergency. Health officials anticipate that up to 50 percent of the population may be affected by the outbreak. To date, Haiti has recorded roughly 65,000 cases.

Since Haiti’s devastating earthquake in 2010, Direct Relief has worked with the Haitian Ministry of Public Health and Population to deliver more than $120 million in medical aid throughout the country.

Active in 70 countries and all 50 states, Direct Relief is among the world’s largest medical suppliers to Haiti, has top charity ratings, including four-stars from Charity Navigator and a 100% fundraising efficiency rating from Forbes magazine. Among other distinctions, Direct Relief is recognized with the Power of Partnership Award from the National Association of Community Health Centers, the Peter F. Drucker Award for Nonprofit Innovation, and the President’s Award from Esri for excellence in GIS mapping. For more information visit www.DirectRelief.org.

About Apotex
Apotex is the largest Canadian owned pharmaceutical company with over 5,500 employees.  Globally it has another approximately 4,500 employees with estimated sales of approximately $2 billion.  The company’s Canadian headquarters is based in Toronto, Ontario,.  With its worldwide manufacturing sites, Apotex can produce up to 24 billion dosages per year. It produces 300 medicines in 4,000 dosages and formats that are exported to 115 countries. It has 500 products under development and will spend $2 billion over the next 10 years on research and development.

Throughout its 40 year history, Apotex has responded to public health crisis and natural disasters around the globe.  In the last year, Apotex has donated over $10 million of needed medicines to countries in Africa, Central America, and the Caribbean.