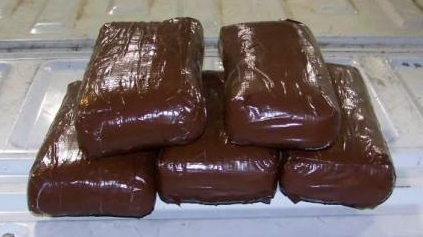 WASHINGTON, United States (CMC) — A Jamaican is among two Caribbean nationals are due to re-appear in court in June for sentencing after they were convicted Friday for their roles in an international drug trafficking conspiracy that was aimed at transporting more than 2,400 kilograms of cocaine aboard a US registered aircraft.

It said Thompson is set to be sentenced on June 21, and Knowles on June 23.

US District Court Judge Amy Berman Jackson of the District of Columbia presided over the trial and will impose sentence.

According to the evidence introduced at the trial, Knowles and Thompson sought to acquire the US registered aircraft to transport large quantities of cocaine from Colombia and Venezuela.

Thompson moved to Colombia by 1997 and Knowles followed by 2010, the DOJ said.

From their base in Colombia, the DOJ said the convicted men were “better able to connect with sources of cocaine who were seeking aircraft, mostly from the United States, to transport their cocaine from Colombia and Venezuela to Central America and the Caribbean, for eventual distribution elsewhere.”

The court also heard that, from 2011 through May 2012, Knowles and Thompson sought to acquire a US registered aircraft to transport at least three loads of cocaine from Venezuela to Honduras.

The evidence showed that a total of at least 2,400 kilograms of cocaine could have been transported in the three loads, according to the DOJ.

It said the plan was to acquire a US registered Beechcraft 1900 aircraft in The Bahamas, fly the plane to Haiti to refuel and pick up a second pilot, fly to Venezuela where the cocaine would be loaded on the plane, and then fly to Honduras to deliver the cocaine.

In May 2012, the DOJ said Knowles and Thompson arranged for a Bahamian pilot to fly the Beechcraft 1900 aircraft to Haiti.

But, on arriving in Haiti, the pilot and two other men on the plane were arrested, and the plane was confiscated by Haitian authorities.