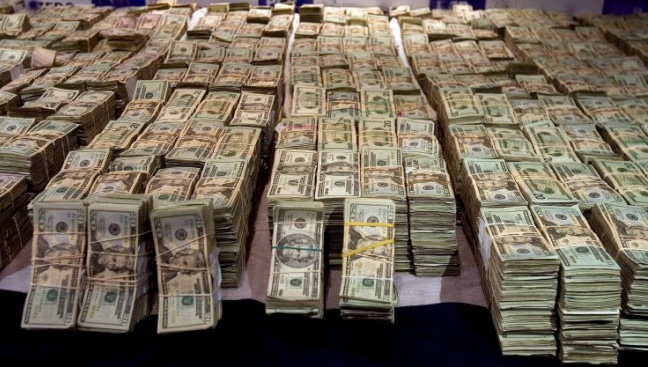 Friday 18 December 2009/06:41:44 PM
Haiti is on the rebound after decades of political strife. The country’s new prime minister, Jean-Max Bellerive promises continuity after his predecessor’s unceremonious ouster. And there’s a new confidence creeping into Haiti’s private sector.
After years of political upheaval the hemisphere’s poorest country, Haiti, is enjoying a period of relative stability and progress. The economy is growing for the first time in decades, and violence is down, thanks in large part to a United Nations military force, led by Brazil and Argentina and Chile.
In fact, Haiti’s government, together with private sector leaders, are declaring that the country is once again “open for business.”
That was their message at the 33rd annual Miami Conference on the Caribbean, held recently at the downtown Intercontinental Hotel.
Improvements have been made at the port terminal in Port-au-Prince to speed up handling of commerce, industry leaders say. The number of days needed to open a new business, has been cut from 250 to only 75.
“We see a lot of positive changes in Haiti. We’re excited,” said Jose Perez-Jones, senior vice president of Miami-based shipping line Seaboard Marine, a major carrier of Haitian imports and exports.
Employment in the garment industry has more than doubled in the last three years, up from 12,000 in 2006, to 26,000, with Brazilian, Korean and U.S. companies looking to invest in new factories.
Vietnamese investors are also looking to invest in the state-run telephone company.
Tropical Telecom, an internet service provider invested about $7 million this year and plans to invest another $5 million next year.
Haiti’s new pro-business attitude has won the backing of major international supporters, led by former U.S. president Bill Clinton, who was recently named U.N. envoy to the country of 9 million.
In the past Haiti’s private sector has been blamed for preserving inefficient monopolies and ignoring the country’s well-being. That appears to be changing.
“There is a new sense of belief in ourselves, that we can and e have to do things better,” said businessman Gregory Mevs. “It’s not just one or two of us, it’s a collective realization that we have a social responsibility to lift up our country.”
The WIN Group, owned by the Mevs family, is developing a $45 million industrial park with the backing of the Soros Economic Development Fund, headed by George Soros, the financier and philanthropist.
“The mentality is changing in Haiti. Laws are being passed and there are rules in play,” said Richard Coles, Haiti’s largest garment manufacturer, with 6,000 workers supplying the Hanes brand. “Those of us who invest in Haiti are seeing returns.”
But Haiti still has a long way to go.
In a ranking of business-friendly countries, Haiti ranked 151st out of 183, only two places above Iraq, according to a recent World Bank study.
The country’s economy is still reeling for the effects of a rebellion that overthrew the government in 2004, as well as a series of devastating storms and hurricanes that struck the island in 2004 and 2008, that killed hundreds, flooded entire cities and caused widespread crop losses.
“You are not going to have political stability in a country where people are starving,” said Ralph Moss, vice president for Governmental Affairs at Seaboard Corporation, which has major shipping and flour interests in Haiti.
Business leaders hope to attract Haitian professionals who abandoned the country during turmoil, and now live in the U.S., concentrated in the South Florida and New York areas. An estimated 80 % of Haiti’s professional workforce live outside the country, according to Joseph Baptiste of the National Organization for the Advancement of Haitians.
The country’s new Prime Minister, Jean Max Bellerive, addressed the conference, welcoming investors and committing his government to facilitate business.
Afterwards he spoke with PODER 360.

——————————————————————————————————————————
COMMENT: HAITIAN-TRUTH.ORG
Relative stability???
Within 2 days  last week 12 people were murdered in Port-au-Prince by gun-toting guys on motorcycles. Preval teams will create an aura of fear and instability that will derail February 2010 elections.
Prime Minister Jean Max Bellerive, promises continuity, referring to the ouster of Prime Minister Pierre-Louis.  A true analysis of this means that we will have continuity of incompetence since Prime Minister Pierre Louis was one of the worst leaders in the nation’s history.
Bank staff use cell phones to call accomplices waiting outside to tell them who has made large cash withdrawals.  The banks themselves are giant ponzi schemes, unregulated.

All of these business leaders are simply saying what they have said before….followed by no action. Why expect a change? They are not idiots and hold their money externally.
The Soros/Mevs Freeport project for $45,000,000 is not a new concept. Two years ago the Taiwanese government offered to invest $60,000,000  in a turn-key Freeport project in the Damien region. This would have provided 8,000 jobs. Preval turned it down.
Shortly before Prime Minister Pierre-Louis was dumped, she had a cabinet meeting in which the entire cabinet agreed to back a specific project that would have benefited the nation. President Preval walked in and forced them, one at a time, to withdraw their support. The project collapsed.

Trying to generate investment, or tourism in Haiti is like trying to sell a condominium in a building suffering a 5 alarm fire.  There is a lot of talk. Smoke and mirrors from Clinton but no sane investor would risk short term investment in Haiti, let alone medium to long-term gambles.