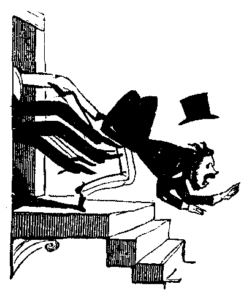 PORT-AU-PRINCE – Haiti’s ruling party pulled its support of its presidential candidate Wednesday after weeks of intense international pressure, raising hopes for a solution to a political standoff from last November’s contested presidential election.

There was no sign the candidate himself, Jude Célestin, was going along with the Inite party decision. But analysts said the candidate won’t be able to hold out for long without his own party’s support.

“Even if we’re certain that Jude Celestin obtained the quantity of votes necessary to go the second round, Inite agrees to withdraw itself from the presidential candidacy,” said a statement of the ruling coalition party delivered to Radio Métropole in the Haitian capital.

Haiti has been trapped in a political quagmire following the chaotic first round of presidential elections held on November 28th, which placed Mr. Célestin, 48, in second place, behind Mirlande Manigat, 70, the widow of a former president and a law professor. But supporters of crooner Michel Martelly, 49, claimed the singer had outpolled Mr. Célestin for second place and took to the streets in protest. The top two finishers are slated to meet in a run-off. 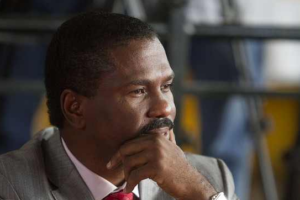 An election mission from the Organization of American States found widespread irregularities and recommended that Mr. Célestin be dropped in favor of Mr. Martelly for a run-off. In recent weeks, President René Préval has been under pressure from the U.S., the United Nations and other foreign donors to accept the OAS recommendations.

Jude Célestin, the presidential candidate for Haiti’s ruling party may have to pull out of the race after the party announced it will no longer support his candidacy. The ruling Inite party said its decision came in response to international pressure.

The electoral dispute has jeopardized billions of dollars in reconstruction aid pledged by the international community to Haiti. The poorest country in the western hemisphere, Haiti has been struggling to recover from a devastating earthquake that killed more than 230,000 a year ago.

The Inite party statement said the pressure and threats from the international community had left it with little choice but to back down.

According to Haitian electoral regulations, it’s up to Mr. Célestin to withdraw his candidacy, so the electoral dispute could drag on for days and perhaps weeks. Haiti’s electoral commission has until the end of the month to rule on which candidates can advance to the second round of elections, which were originally scheduled to take place on January 16th.
—————————————————————————————————-
COMMENT: HAITIAN-TRUTH.ORG

INITE, UNITE or whatever you want to call it, is not the ruling party. As of now it does not have a single candidate in parliament.

American pressure saw I(NITE representatives, Senator Lambert and Senator Moise sign a document agreeing that Celestin was out of the campaign. This had no legal value since Celestin must personally step aside.

It still amazes me that people continue to believe the BRIDE polls, that have already been accepted as fraudulent. Who has seen a poll in which all of the numbers add up to 100% without any undecided?? Well, that is the way the BRIDE polls, concocted by Preval and his friend Reginald Boulos add up. There is no undecided group.

The real leader on a real poll are Jean Henry Ceant, Charles Baker and Michele Martelly.

The situation can only be cured by a cancellation of the election, a new CEP and a properly coordinated and supervised ballot.