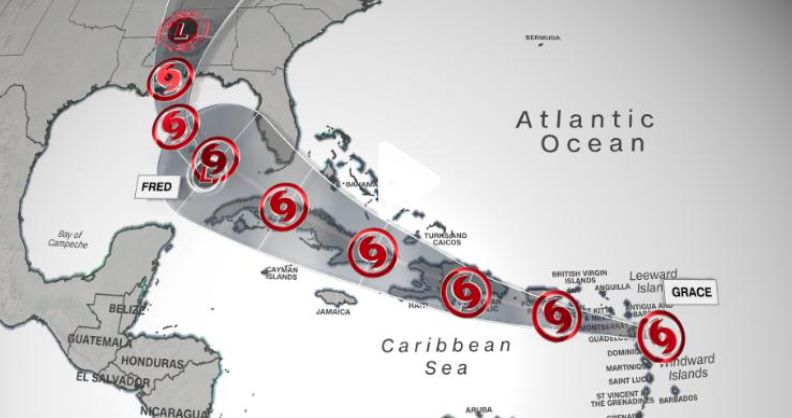 Tropical Storm Fred is anticipated to steadily strengthen as it tracks toward the Florida Panhandle on Sunday.

Meanwhile, another tropical storm, Grace, is tracking through the Caribbean toward Haiti, potentially affecting recovery efforts following a major 7.2-magnitude earthquake that struck Saturday.
On Sunday morning, Fred regained tropical storm status over the Gulf of Mexico, according to reports from an Air Force Reserve Hurricane Hunter aircraft. The storm had sustained winds of 40 mph and was 350 miles south-southeast of Pensacola, Florida.
Tropical storm watches are in effect for areas of the Gulf Coast for the Alabama/Florida border to Ochlockonee, Florida, along with the Florida panhandle and southern Alabama. The National Hurricane Center is planning to update these to tropical storm warnings later Sunday morning.
ropical Storm Fred is forecast to gradually increase in strength as it tracks through the warm waters of the Gulf of Mexico on Sunday and Monday.
The storm will bring gusty winds, bouts of heavy rain and isolated tornadoes to portions of the Keys and southern Florida Sunday.
A storm surge of 1-3 feet is also forecast on Monday from the Mouth of the Pearl River, Louisiana, to Suwannee River, Florida, including Mobile Bay, Pensacola Bay, Choctawhatchee Bay and Saint Andrew Bay.
Fred will also bring rain and gusty winds to other areas of the Southeast including Alabama, Georgia, and the Carolinas into the early portion of the upcoming week. 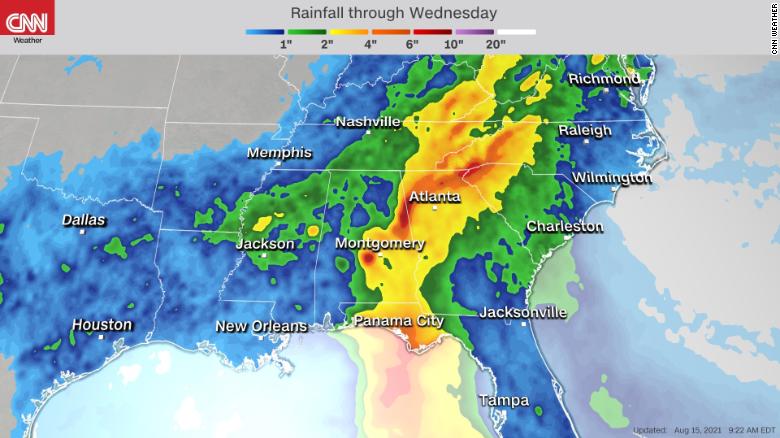 A tropical storm watch is in effect for the entire coast of Haiti in advance of Grace, which was located 55 miles south-southeast of St. Croix Sunday morning with sustained winds at 40 mph.
The current forecast from the National Hurricane Center has Grace traveling through the Greater Antilles, affecting the Dominican Republic and Haiti on Monday and Tuesday, with expected wind speeds at 40-50 mph. 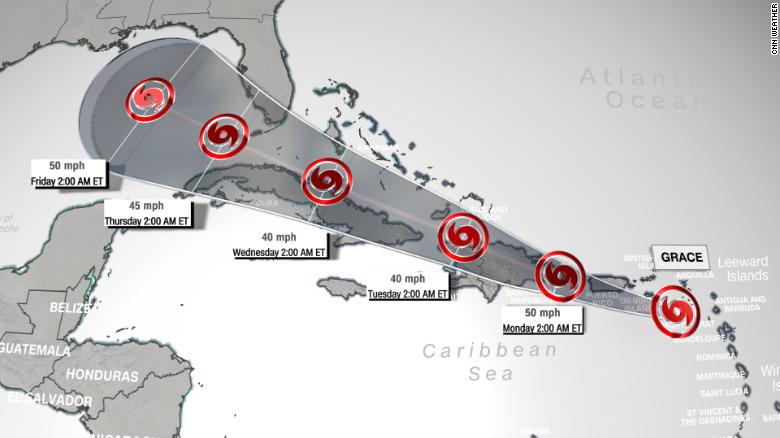 The forecast track of Tropical Storm Grace on Sunday morning showing the storm’s track over the northern Caribbean.
The center of the storm may pass just north of where the earthquake struck Haiti, but there will still be impacts that can hamper aid and rescue efforts. Gusty winds and heavy rain are the main threats associated with this storm for Haiti.
A tropical storm warning for Grace has been issued for Puerto Rico, the Virgin Islands and parts of the Dominican Republic, the NHC said Sunday morning. Parts of Haiti are also anticipated to face tropical storm conditions, and a watch has been issued there.
A tropical storm warning means storm conditions with winds from 39-74 mph are possible within 48 hours of being issued, and a warning means such conditions for affected areas are expected.
Grace is forecast to bring 3-6 inches of rain to Puerto Rico and portions of the Leeward Islands. Isolated totals of up to 8 inches are possible across Puerto Rico, which could lead to flash flooding and mudslides.
For Haiti and the Dominican Republic, widespread rainfall of 4-7 inches is forecast, with isolated amounts of up to 10 inches that could also lead to flash flooding and mudslides on Monday and Tuesday. 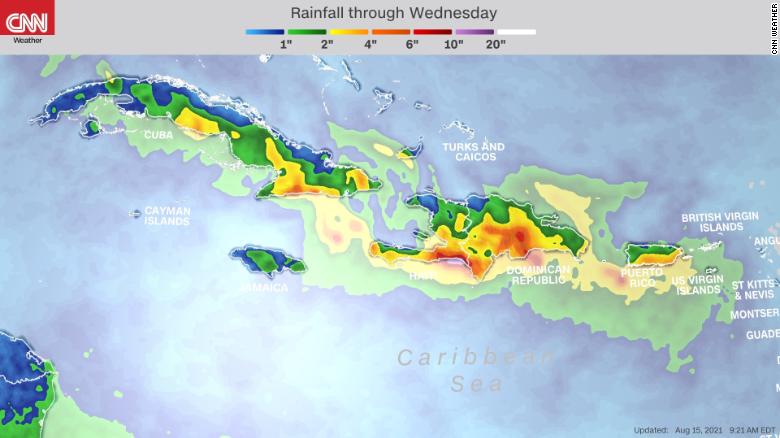 The intensity and the track of Grace after passing Hispaniola remains uncertain at this time. The NHC track currently has the storm tracking south of Florida and into the Gulf of Mexico by the end of the week.

CNN’s Tyler Mauldin and Jackson Dill contributed to this report.