At least 1,400 people have been confirmed dead as the Caribbean country braces for a tropical depression. 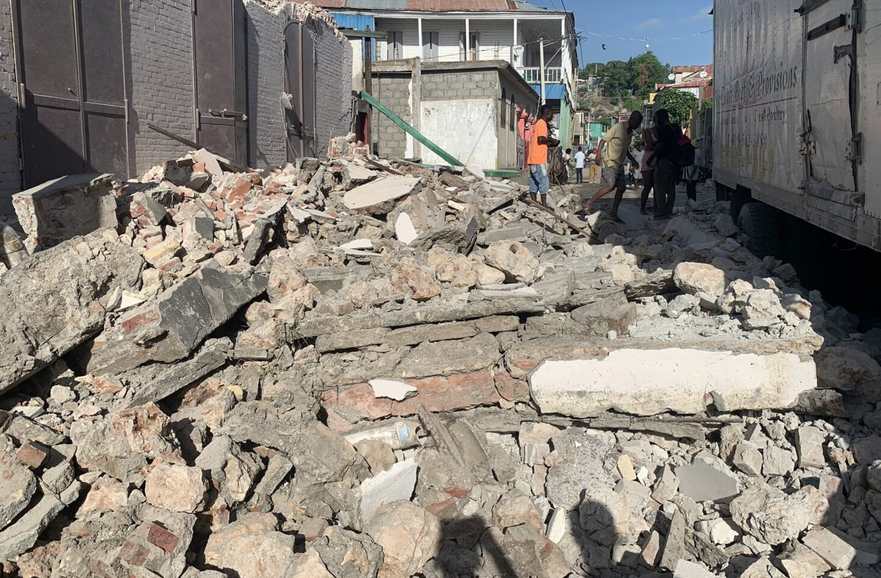 Drone video captured the brutal devastation left behind by the 7.2-magnitude earthquake that rocked Haiti on Saturday.

Video shot above a residential neighborhood of Les Caves appeared to show rescuers painstakingly going through the pancaked ruins of a building.

Furniture and air conditioning units could be seen tangled into the twisted concrete wreckage.

The Haiti Civil Protection Agency said Monday that 37,312 homes were destroyed or damaged.

Saturday’s earthquake struck 78 miles west of the capital, Port-au-Prince, according to the U.S. Geological Survey.

With at least 1,419 people dead and more than 6,009 others injured, Haiti is bracing for a tropical depression that is expected to hit the Caribbean island country early this week.

Flash flooding and mudslides could happen as soon as Monday, according to the National Hurricane Center.

Five to 10 inches of rain are expected to hit the regions damaged by the quake, said Elizabeth Riley, chairwoman of the Caribbean Disaster Emergency Management Agency, or CDEMA.

Sixty-five first responders and four dogs with the Fairfax County Fire and Rescue Department in the Washington suburbs of Virginia landed in Haiti on Sunday in hope of finding more survivors, officials said.

They took 52,000 pounds of tools, including hydraulic concrete-breaking equipment, saws, torches and drills, along with medical supplies, for their race to reach people trapped in rubble, the U.S. Agency for International Development said. 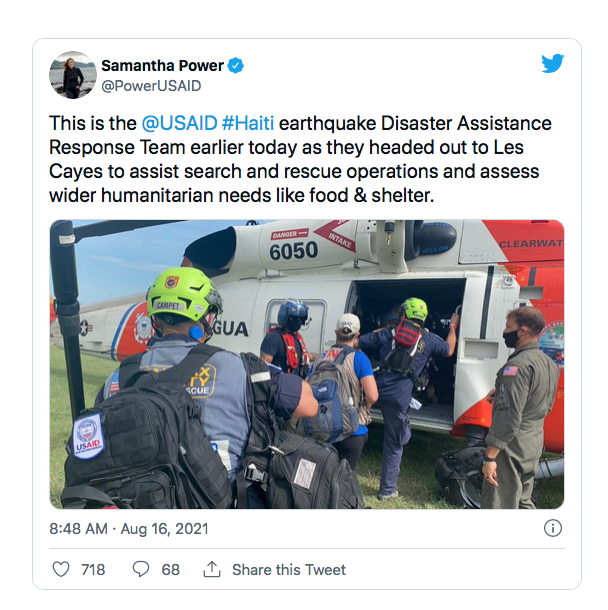 The quake struck less than six weeks after the assassination of Haitian President Jovenel Moïse, which had brought new turmoil to the impoverished country.

Haiti has been struggling to contain Covid-19 with few doctors and nurses vaccinated against the coronavirus. Riley said any rescuers going into Haiti through the CDEMA will have to be fully vaccinated before they set foot there.

Vaccinations were also required when the CDEMA earlier this year organized relief efforts into St. Vincent and the Grenadines after a volcano eruption and to the South American country of Guyana following massive floods.

“We do have a principle of ‘do no harm’ when we do undertake our deployments, and, as such, we are seeking to deploy persons who are fully vaccinated,” Riley said. “I am happy to say that all persons on those deployments [to Guyana and to St. Vincent and the Grenadines] returned safely.”