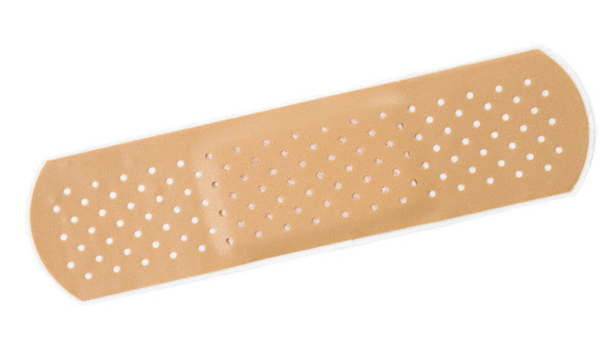 The health ministry delivered a truckload of medical supplies to Haiti’s biggest public hospital Thursday, but resident doctors said it wouldn’t come close to ending a strike that has spread through the economically straitened health system.

A few dozen boxes of gauze, gloves and other basic materials were unloaded by government workers at the chronically under-resourced General Hospital in downtown Port-au-Prince. Officials vowed to bring at least five more truckloads of supplies in coming days.

But Dr. Jhon Evenst Douyon, a spokesman for striking resident doctors at the Hospital of the State University of Haiti, described the delivery as an empty gesture amid stalled negotiations with the government.

“These supplies that came today would get used up after three days here if things were running normally,” said Douyon, a second-year anesthesiology resident at the teaching hospital.

The hospital’s executive director, Maurice Fils Mainville, said he was not at liberty to discuss details of negotiations. But he acknowledged the new materials and equipment would not be enough to end the staff strike.

“We have always worked with what we have and it’s never been enough,” Mainville told reporters.

The walkout started after a physical fight between an administrator and a resident. Nurses and cleaning staff joined in, leaving the emergency room and wards empty except for a few stragglers or sick prisoners shackled to beds.

Across Haiti, staff at other long-struggling public hospitals have joined the strike in solidarity, protesting the persistent dearth of resources, unsafe working conditions and dismal salaries for medical professionals.

In the General Hospital’s orthopedic ward, a few patients who had nowhere else to go when the walkout started are still at their beds, tended to by striking staff if their loved ones bring in supplies like syringes and bandages.

“My family has been spending all our savings. We’ve got no choice until I can get out of here,” Clement Borgella said in the ward where his daughter tends to most of his needs.

In a nearby corridor, Sandy Alteneus sat on a makeshift wheelchair made of bicycle wheels fastened to a plastic chair, his injured leg propped up by a broken crutch and bandaged with filthy rags.

Impoverished Haiti’s public health sector, which primarily serves the poor, has long been woefully under financed. The health ministry receives less than 5 percent of the national budget.

“Health should be getting at least 15 percent,” said Dr. Joseph Donald Francois, coordinator of the country’s cholera unit.

The health ministry said recently that it is trying to satisfy demands made by the resident doctors but that the government can’t address salary complaints until the next fiscal year begins in October.

Douyon said that until the government addresses the salary demands, the medical staff strike will keep going.

A revamped $82 million General Hospital was supposed to be built by now. But despite funding from international donors, workers are still putting up the basic frame.