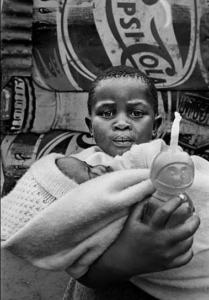 The May 27 editorial “ ‘Really, quite disastrous’ ” correctly noted that “the world’s worst outbreak of cholera continues to ravage Haiti.”

Not only have international donors “averted their gaze,” they have all but forgotten the survival needs of nearly a half-million Haitians who remain in deteriorating camps, awaiting relocation. Since the 2010 earthquake, more than 1 million people have been moved from emergency shelters to temporary or permanent accommodations, according to the International Organization for Migration (IOM). Those who remain in camps, however, are stuck in unimaginably bad conditions, with scant relocation prospects.

With the job two-thirds finished, the international community has declared the emergency over and essentially moved on. There are several possible reasons for this: satisfaction with accomplishments to date, calls to move to next-stage development and other world crises.

Humanitarian action in the camps is negligible. The U.N. office on humanitarian affairs says it has not received enough funds to meet the basic needs of those in the camps, and the IOM has reported deteriorating conditions in all aspects of camp life.

As funding for camp management, health, water, sanitation and other services has declined, the vulnerability of women and children has become intolerable. Sexual and gender-based violence cases spiked in the last quarter of 2011, and they have continued to rise in 2012.

True, cholera is rampant in Haiti. But that’s just one of many avoidable breakdowns.

The writer is president of the U.S. Association for International Migration. He served as director general of the International Organization for Migration from 1988 to 1998.