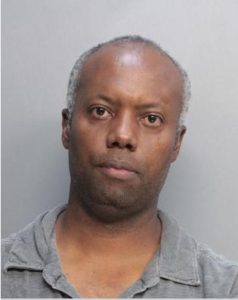 Jacques Calixte has been the face of the Haitian American Association Against Cancer, but Thursday he was in a Miami-Dade County Court facing a litany of charges surrounding the organization that he founded.

The charges range from grand theft to organized fraud and many others. Authorities first became suspicious of Calixte’s work when his organization moved out of its Wynwood office due to what Calixte said was a lack of funds.

The Florida Department of Health provided the HAAAC with over $400,000 of state funds to help people get access to free cancer screenings. But, investigators said Calixte did little to help others and instead pocketed money himself.

Authorities said Calixte should have taken a $35,000 salary for his work. Instead, the DOH said Calixte bilked taxpayers for over $287,000. The alleged theft was discovered found following an audit of the organization.

Investigators said Calixte fabricated medical reports with doctors’ signatures, billing invoices, and even employee payroll checks. The arrest warrant said that attempts to reach the women who were purported to have received benefits of the program revealed that most of the women could not be established as being real people.