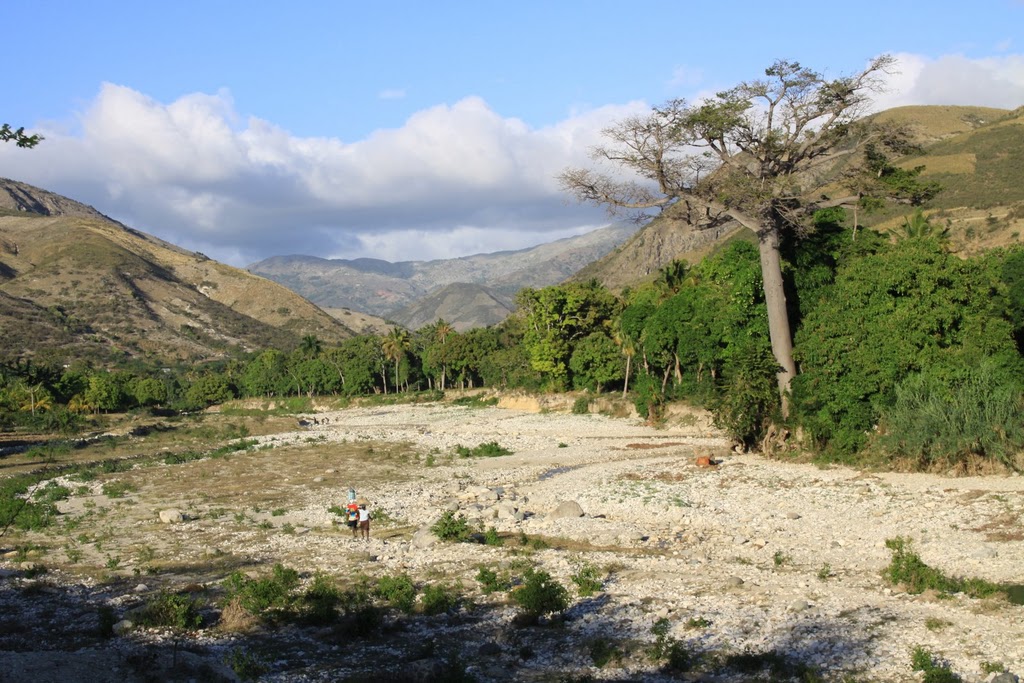 Only shriveled carrots and potatoes grow in Carole Joseph’s small vegetable plot. The family’s chickens are long gone. She sold her only tools to buy food, then the wooden bed she shared with her children. The family now sleeps on the floor of their shack.

All that’s left to sell are the pots she uses to cook over a fire pit, when there’s something to eat.

The 28-year-old mother of four is among roughly 1.5 million Haitians who can’t get nearly enough nutrition because of a yearslong drought that has spoiled harvests in her small mountain village and across large sections of the countryside.

“We get a little bit to eat and drink each day, but it’s never enough to get our strength back. I don’t know what to do anymore,” she said.

For the last three years, a punishing drought has driven Haitians who were already barely getting by on marginal farmland even deeper into misery. Last year’s crop yields were the worst in 35 years in a country where more than two-thirds of people eke out a living from agriculture, many using archaic hand tools.

Many Haitians routinely go to bed hungry, and are heartbreakingly accustomed to privation and natural disasters. But the cumulative impact of this drought is so severe that Haiti is facing “unprecedented food insecurity,” according to the U.N. Office for the Coordination of Humanitarian Affairs.

Over the last year, it’s worsened significantly with a strong El Nino weather phenomenon that’s been disrupting weather patterns across the globe, leaving many places in Latin America and the Caribbean stricken by drought. Cuba suffered its worst drought in over a century in 2015 and water rationing was ordered in Puerto Rico and elsewhere.

But few places are more vulnerable than Haiti, where 3.6 million of its 10.4 million people can’t afford the minimum daily calories, according to the U.N. World Food Program. Of those, 1.5 million are in urgent need of assistance, meaning they’re getting significantly less nutrition than what they need and are so underfed they become weak. That category of “severely food insecure” people has doubled in Haiti over the last six months, the agency said.

Officials say more rural families are being forced to join the decades-long exodus to cities. And diminishing calories meansmore children are vulnerable to infections like measles and any number of other diseases.

Even if the rainfall during the spring rainy season is steady, farming families in Oriani and other towns will have to struggle to get by until the summer harvest. Last week, the U.N. weather agency said the ongoing El Nino has passed its peak, but its “humanitarian and economic impacts will continue for many months to come.”