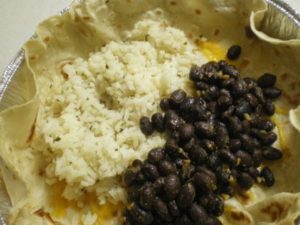 More than half of Haiti’s population live in rural areas and derive their incomes, sparse but life-sustaining, from farming. Yet between 2000 and 2005, only four per cent of the government budget was earmarked for agricultural development, and only 2.5 per cent of foreign aid was directed there.

International aid organization Oxfam this week published a report calling for a “radical shift” in the way aid and support are dispersed in the country, urging foreign governments to prioritize farming and back Haiti’s $772-million agricultural reconstruction plan.

“For decades the Haitian government and international donors have neglected agriculture, despite its importance to Haitian lives,” said Philippe Matthieu, Oxfam country director in Haiti at a news conference at Oxfam-Quebec’s Montreal offices yesterday. “If Haiti is to be built back better, the international community” must support the plan. “We must reconstitute life on a new foundation.”

Previously, the Haitian government pushed for the “Taiwan-ization” of the economy, supporting low-cost, low-paid manufacturing plants, said Eric Faustin, general director of the Regroupement des organismes canado-haitiens pour le developpement, leaving the country’s more than 5 million peasant farmers, 90 per cent of whom live on less than $2 a day, to their own devices. Last January’s earthquake sent another 600,000 back to their rural homelands, further stressing the system.

The study’s author, Marc Cohen, urged donor nations providing food aid to buy local produce as opposed to shipping it in from their countries, robbing farmers of their livelihood. Oxfam also called on the United States to abandon its policy of subsidizing American rice farmers who undercut Haitian producers -Haiti is the third-largest market for U.S. rice growers after Japan and Mexico.

First, however, international donors including Canada have to honour their pledges and make sure they’re earmarked for agriculture.

The Haitian farmer has been abused for generations as he works his land to the point of extinction.

He needs fertilizer yet this important substance is expensive and difficult to obtain. A Haitian businessman hasa monopoly on all fertilizer imports from the Dominican Republic. Unless you go through him, and pay his price, you are out of luck. We tried to acquire 4 40 foot containers of fertilizer to give away. We had no luck.

We need some real, quality seeds stock from the North Western States or Canada.

Vegetable seeds are also needed. We do not need hybrid varieties since it is impossible to harvest seeds, from one crop, to plant another.

Monsanto offered to donate 447 tons of hybrid seeds. This charitable act would really screw the farmers up as they plant a crop, in the expectation of harvesting seeds for the next planting…then having a failed crop.  This would entrap the Haitian peasant, forcing him to buy new seeds each season.

The Haitian soil needs to be rejuvenated. New methods must be applied. Better harvest and delivery systems created.

90% of the mangos harvested in Leogane do not reach the market because of a shortfall in shipping containers, transport vehicles or serviceable road.  The rest of Haiti is much the same.