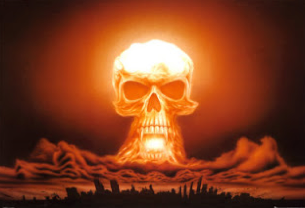 “Two weeks before the December 16, 1990 vote it became blatantly apparent how criminally biased the CEP had become. ‘Election violence erupted on December 5 at an Aristide rally in the heart of Petionville, a wealthy suburb north of the capital. At the time, there were some expectations among the public that the Supreme Court, in the next day or two, would declare the CEP illegal.’”

This quote in ARISTIDE was from a study: The 1990 General Elections in Haiti, National Democratic Institute for International Affairs, Page 52.

7 people died and 50 were horribly injured. The explosion effectively ended campaigning and the sympathy gave Aristide the election. His associate, Patrick Norzeus would later boast of setting the bomb for Aristide during a radio interview.

In other words, they authority had finally recognized Aristide’s crimes and was about to doom his campaign!!

And now, Aristide/Lavalas is trying to destabilize the Martelly/Lamothe government with a series of manifestations. It is only a predictable matter of time until Aristide sacrifices a few followers to gain his goals.

He is like a rat who has taken poison, he will attack anyone and do anything to survive.

And then there is Evans Paul, Aristide’s associate from the 1990 criminal period. He was Mayor of Port au Prince, at the time, and put the Mob on the street at 11 AM election day, as the French ambassador, with his illegal FM station on embassy grounds, declared Aristide the winner, hours before the polls closed.

Jimmy Carter, and Robert McNamara commented on this and Evans Paul threatened their lives. This pair fled to the airport for a quick departure in their waiting jet.

A month later, Evans Paul and Marie Laurence Lassegue were responsible for the massacre of some 247 supporters of Doctor Roger Lafontant during January of 1991, immediately before Aristide’s inauguration.

Some day they must pay for these crimes.

However, at this point in time, the world must recognize Aristide, Lavalas, MOPOD, Manigat, TRIPOD, UNIPOD, BIPOD, OPL,  and the rest of those groups for what they are. They have nothing to offer. They represent no one. The desire nothing more than chaos, a chaos in which

Beware. Aristide is paying a fortune to topple the Michel Martelly, Laurent Lamothe team.  He will not hesitate to kill a few people, in these demonstrations, in an effort to blame Martelly/Lamothe.

Aristide, and his brother Preval murdered hundreds of innocent people, necklaced many, kidnapped a thousand, stole hundreds of millions and turned Haiti into a NARCO STATE.

Our only hope for survival and progress into a better future is found in the survival of the Martelly/Lamothe government.

The alternative is a return of Aristide-Lavalas- their killers and control by the cocaine kings..

2 thoughts on “WILL HISTORY REPEAT ITSELF??? ARISTIDE LAVALAS PLAN DECEMBER 5 DEMONSTRATION MARCH IN MEMORY OF DEAD AND INJURED FROM DEC. 5, 1990 BOMB BLAST IN PETION-VILLE SET OFF ON ARISTIDE’S ORDERS TO GAIN SYMPATHY AND WIN ELECTION!!! A 2014 BLAST TO EMBARRASS MARTELLY – LAMOTHE???”