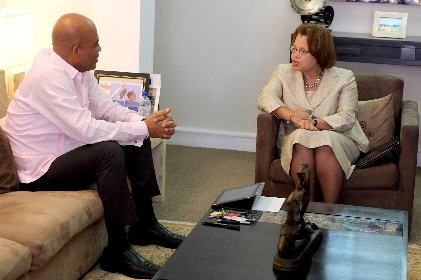 We have just watched RTNH National Television as it showed the disastrous situation at major voting locations. The streets outside are knee deep with scattered votes. The interior has ballots thrown all over the place. Stacks of fresh ballots sitting there, unprotected.

This particular location was attacked by Chimere.

Who they belonged to was not said.

We suspect they acted for Martelly/Preval.

National TV then showed an interview with foreign observers in Hinche who said election  was a disaster there.

Smoke and mirrors will – yet again – play a part in cheating Haitians out of the promised free-and-fair-election – AGAIN!

So, here is a simple example of the numbers game created by Martelly and MINUSTAH.  12 voting locations hosting 175 units of 400 voters each unit.

Assume the first 3 are closed down by CEP –This leaves 9 out of 12 functioning.

And so, MINUSTAH, and Martelly can claim that 9 out of 12 voting locations functioned and the election is an overwhelming success.

The reality supports this as they actually have closed Lycee Petion and Lycee Toussaint, each hosting over 55 units of 400 votes. Several other major locations have been closed.

By issuing Mandate only to Preval/Martelly parties all other political parties barred from voting centers. The “counterfeit observers” will validate results.
Martelly and MINUSTAH chief Honore visit voting places.

They will state their satisfaction with a slightly flawed, but overall acceptable election.

Preval and Martelly will have won.

We will then have a Senate and Chamber of Deputies.

The Senate/Chamber will name a Prime Minister.

There will be no Presidential Election.

The International Community has ZERO respect for the rights of 10,000,000 Haitians. We are the dumping ground for their poisonous concepts.

Martelly has ZERO respect for the Nation, or its people.

11:00 AM and Martelly Chimere touring the streets, firing their weapons into the air without PNH or MINUSTAH intervention.

Haitians must react now, otherwise you are screwed again!!!! 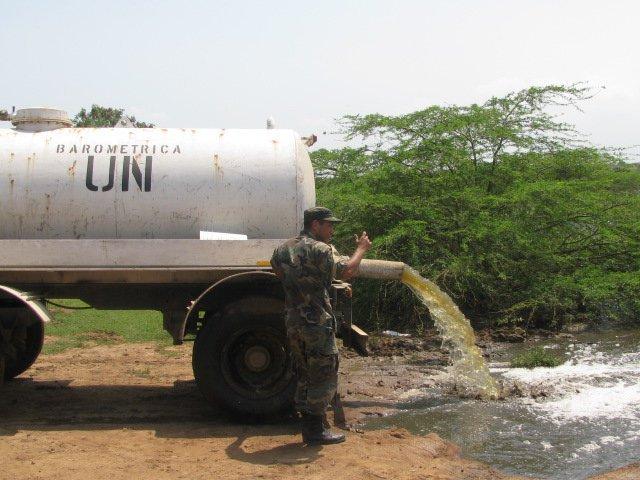 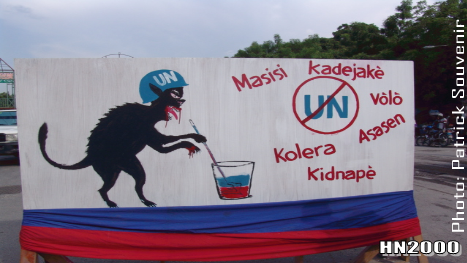 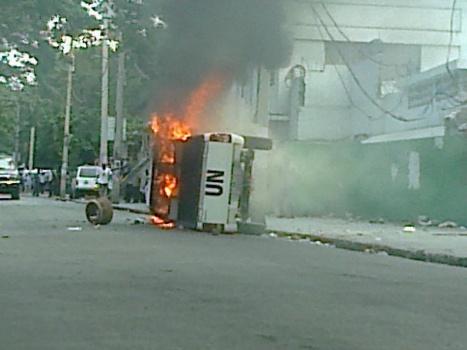 14 thoughts on “INTERNATIONAL COMMUNITY DOES NOT WANT HAITIANS TO VOTE!!! WILL DICTATE FRAUDULENT RESULT – AGAIN: HERE IS THE PLAN”