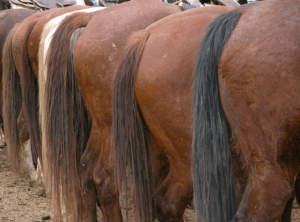 Fugees star Pras  is endorsing Michel Martelly as the next president of Haiti, and not former bandmate Wyclef Jean.

Brooklyn-bred rapper Wyclef Jean is counting on New Yorkers to back his run for president of Haiti – but he can’t count on his former bandmate.

“I endorse Michel Martell as the next president of Haiti because he is the most competent candidate for the job,” Pras said in a statement.

New York, and Brooklyn in particular, is home to the world’s largest number of Haitian expatriates – and Jean told the Daily News he’s looking for their support.

“Wyclef Jean needs to be 3 million strong. Diaspora moving together to engage in help to get these people into a better situation,” Jean said.

Jean came to New York at age 9, moving to the rough-and-tumble Marlboro houses in Coney Island and later to Flatbush, said his older brother, Sam, 39. He went to Public School 199 in Midwood before leaving for New Jersey.

Wyclef has stayed loyal to his homeland – he never became an American citizen and likes to show off his Haitian passport.

After a devastating earthquake rocked the island nation in January, his star power and public appeals for help attracted millions in donations to his charity, Yele.

Still, interviews Thursday with Brooklyn Haitians show Jean might have a tough road ahead of him.

“Wyclef is a musician. He’s not fit for the job. It’s like taking an engineer and putting him in a hospital,” said Yvon Olivier, 59, manager of Chaco International Shipping in Flatbush.

Like President Obama, Jean is relying on younger voters to get him into office, distancing himself from the older candidates – including his 78-year-old uncle, Raymond Joseph, who has been the U.S. ambassador for the past five years.

Aside from the family troubles, Jean will also have to grapple with questions about Yele. Tax returns showed that some pre-quake donations to Yele went to Jean’s Manhattan recording studio and his Haitian television production company.

Jean told The News that he learned from his mistakes, changing Yele’s leadership and opening up its books.

“People say, ‘Are you running for president?’ ” Jean said. “I say no, I am naturally being drafted by my country to serve my country,” he said.

As if Martelly’s candidacy had any meaning!

He is a good musician.

He has been quite successful in the cocaine traffic.

He has absolutely no credible abilities to become a president of anything.

Haiti is becoming a public farce with Wyclef’s bums in the Hotel Kinam and this former-band member making more ridiculous statements.

Perhaps Martelly has more ability than Wyclef, which doesn’t mean either should be allowed to manage a Burger King outlet.

Let’s get serious, people are dying and the nation needs a real chance, not comic relief.

8 thoughts on “From the Sublime to the Truly Ridiculous…Pras not endorsing ex-Fugees bandmate Wyclef Jean for president of Haiti If this guy wasn’t serious, we could all have a laugh-Added COMMENTARY By Haitian-Truth”