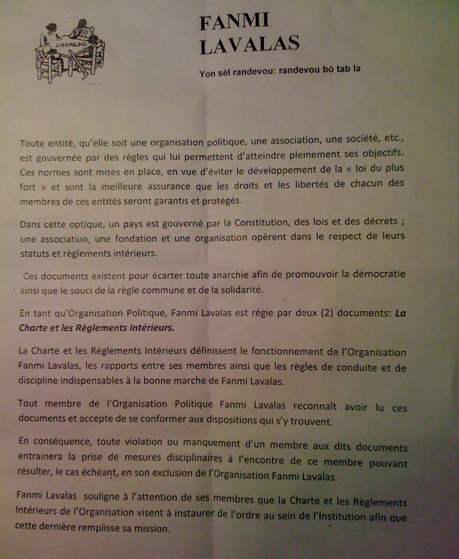 8 thoughts on “ARISTIDE – LAVALAS – MOPOD – MOO – AND THE USUAL SUSPECTS PLAN TO MURDER MANY BETWEEN NOW AND CHRISTMAS IN THE HOPE OF HAVING MARTELLY GOVERNMENT BLAMED…… FIRST OPERATION PLANNED FOR NOVEMBER 29 WITH MARCH ON AMERICAN EMBASSY…. OPEN PRESS CONFERENCE FOLLOWED BY SECRET MEETING TO CHART STRATEGY.”