Slightly over one year ago President Michel Martelly sealed his doom, effectively guaranteeing what transpired yesterday.

It wasn’t as though he put a pistol in his mouth and pulled the trigger. Instead, he took a slow-acting poison timed to kill immediately before the constitutionally mandated election on January 24, 2016, followed by his February 7th departure..

Under pressure, from his opposition, President Martelly betrayed the Nation, and his best friend. Under pressure of the opposition, actually representing a small minority of Haiti’s 10,000,000 people, Martelly forced the resignation of Prime Minister Laurent Lamothe, the best, and most effective, PM Haiti has had.

By refusing Lamothe his “discharge” blocking his candidacy for the Presidency, Martelly guaranteed his own failure. A Lamothe Presidency might have sheltered him from the storm that will now strike Martelly’s camp.

Next to  Martelly, Prime Minister Laurent Lamothe was the most popular person in the Nation.   Perhaps Martelly – the entertainer – didn’t want to be “upstaged” by his friend. Didn’t wish to “share the stage.” From day one, of   Lamothe’s term as PM, Martelly’s inner circle, led by Sophia, did what they could to rid the government of this irritant

This ignored the fact Lamothe was the cornerstone of any success the Martelly team experienced.

And to add insult to injury, Martelly picked Evans Paul to replace Lamothe.

Evans Paul, with Marie Laurence Lassague, was responsible for the massacre of some 247 supporters of Dr. Roger Lafontant, during January 1991.  Evans Paul was chosen, by Martelly,  because of his “control of the streets” an ability that is now being focused upon President Martelly, with a vengeance.

After Lamothe’s departure the Martelly Mafia concentrated on bleeding our treasury as quickly as possible. There is a suggestion that,  with Prime Minister Evans Paul’s coordination, from October 2015, all ministries skimmed 20% to “pay for the election” then didn’t pay for anything.  A forensic audit would prove interesting.

Evans Paul stole millions during his months as Prime Minister!

Under Lamothe, inflation was about 1% per year. Evans Paul has seen 25% in his short term criminal partnership with the recently replaced Bank Governor.  People will starve because of this greed.

From day one, Evans Paul has set his sights on Martelly’s chair. 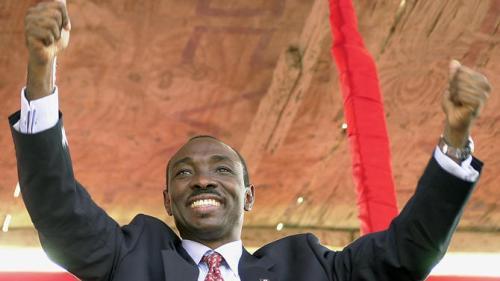 He plans to be President.

Marie Luce Bonhomme had promised to remain off the air until her husband, CEP chief Opont, was finished. As part of a complex complot, to place Evans Paul onto the President’s chair, if only on an Interim Basis, she magically appeared on Vision 2000 to interview Evans Paul in what sounded like a paid political campaign program.

At that moment, behind the scenes, Martelly was involved in some convoluted machinations to see his Presidency extended until May 14. This had always been his stated plan, amongst the inner circle, but now he tried to put it into action with the help of those he controlled in the Senate, and Chamber of Deputies. 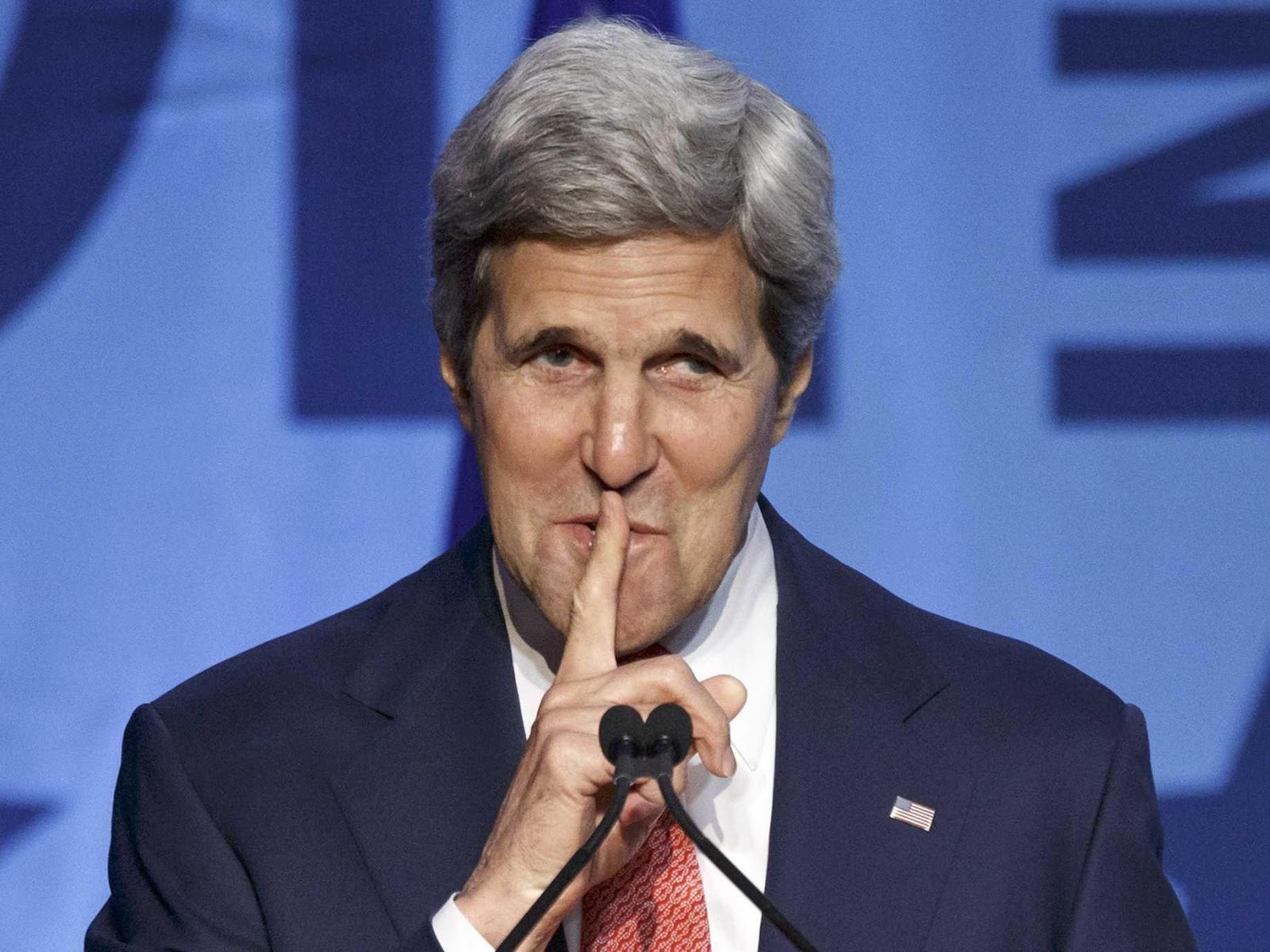 The CORE Group  reined him it.

Among their threats, in addition to potential arrests and prosecution of Sophia, Kiko, and others, the CORE Group promised an immediate embargo.

The American State Department added its voice to the choir.

Elections January 24 or immediate and effective action on the part of the International Community.

As the pressure was being applied to Martially,  Haitians watched the circus.

Rosny Desroches was a member of the commission to investigate electoral fraud. Immediately following the investigation,  Desroches issued a statement, to the effect that they had discovered many errors, due to ineptitude, but no real cases of fraud. In other words, the Haitian staffers were not capable of complex tasks. No surprise here, but not real fraud.

That should have settled things.

Unfortunately – for some as yet undetermined motivation – probably lots of $100 American bills – Desroches effectively doomed the entire election, and the Nation’s stability, by giving an interview that damned the vote to date. This puppet claimed that the entire process was fraudulent! 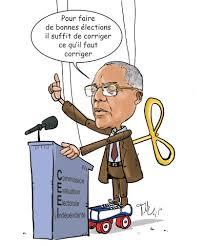 We were spectators to the ongoing Jude Celestin outrage, as he played the martyr, refusing to participate, unless all sorts of corrections were made to the electoral process.

In fact, Jude Celestin never planned to go to the final ballot box, realizing he would be drowned in Jovenel Moise ballots. He did not want to face the humiliation of a defeat and simply wanted to block the possible candidacy of Moise Jean-Charles and Maryse Narcisse, both surrogates of Aristide and funded by the Dominicans.

No one in the International Community commented upon the fact that Jude Celestin was a drug dealer, theif of government funds and material – on a massive level – and contract killer, responsible for the murders of a CNE chief and French Consul.  They ignored the fact Moise Jean-Charles was a murderer.

Finally America’s State Department issued a statement to the effect that enough concessions had been made for Celestin. The vote must proceed.

An angry President Martelly appeared on National Television Friday at 7 P.M. telling the Nation elections would be held on Sunday, the 24th, and he would depart on February 7.

Martelly neglected one basic action that would have avoided yesterday’s melt-down. Before making his Speech to the Nation, Martelly should have activated MINUSTAH, UNIPOL, and the PNH, blanketing the country with security personnel. MINUSTAH’s  armored personnel carriers, tanks, and armed troops, would have frozen the demonstrations, before the had a change to germinate. 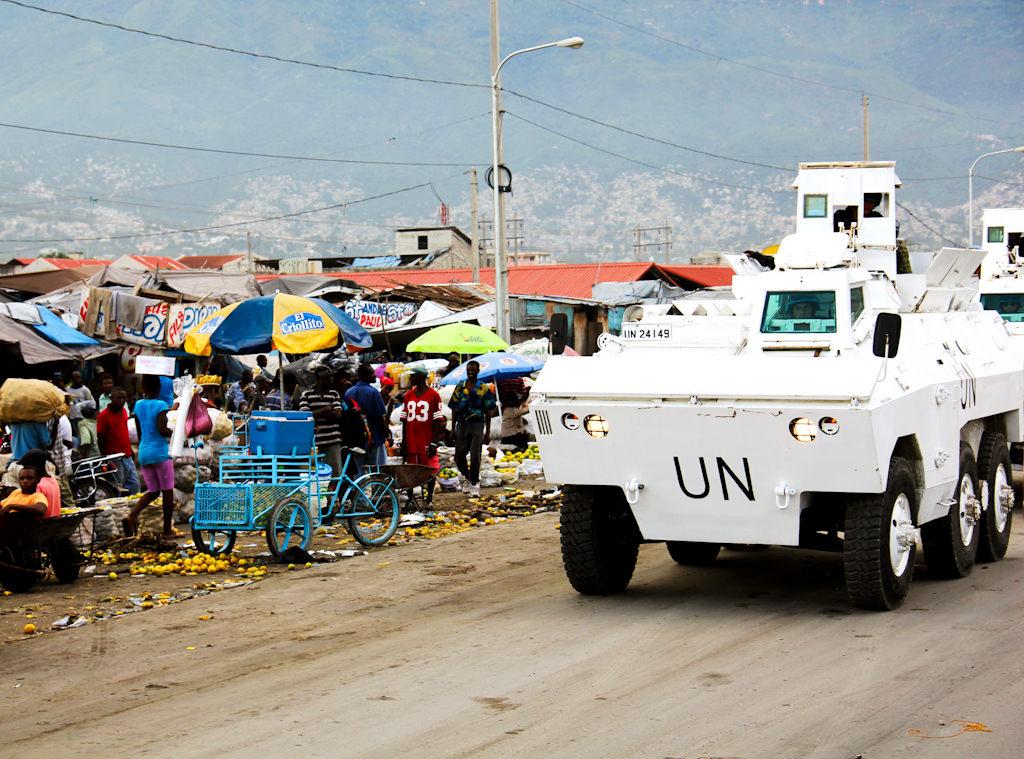 Then, speaking from strength, as President,  Martelly could have informed the Nation of his determination to hold elections January 24. He could tell the Nation  he would not tolerate any further street demonstrations that threatened the Nation’s stability, or the electoral process.

But Martelly, the entertainer, suffers from a fatal disease THE ARROGANCE OF POWER

Martelly is faced by an   opposition – representing – in reality – nothing – and led by people with MANY SKELETONS IN THEIR OWN PERSONAL CLOSETS!!

Where do we go from here?

Martelly is still President, and must not forget this. He must also remember, under Article 136 of our Constitution, he has certain responsibilities. His first duty is

ARTICLE 136: The President of the Republic, who is the Head of State, shall see to the respect for and enforcement of the Constitution and the stability of the institutions. He shall ensure the regular operations of the public authorities and the continuity of the State.

Martelly is still President of Haiti.

Under Article 136 he can maintain our stability.

Martelly can dissolve the existing CEP and create another.

He can set elections for May and organize proper, well supervised, free-and-fair elections, with massive microscopic certainty that there is little fraud and mor efficiency.

He must see that all possible candidates receive their discharges from the Court of Superior Accounts. 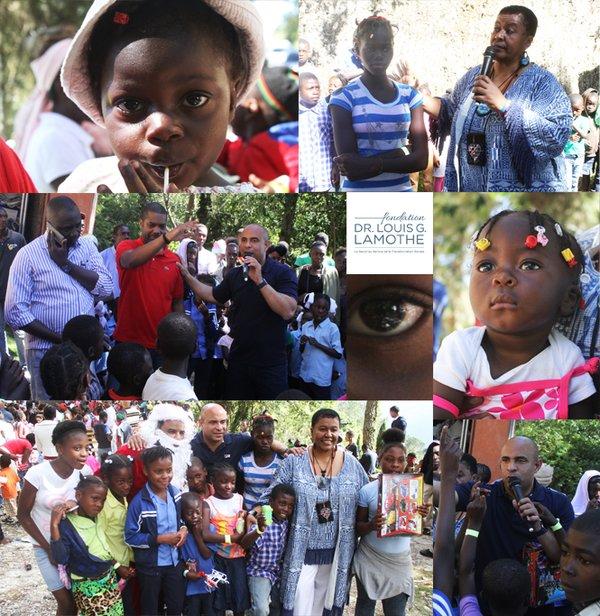 Elections will be held and a new President selected to carry us on into a prosperous, optimistic future.

To do otherwise simply surrenders to the demands, and violent pressures of the Dominican funded, Aristide/Preval coordinated chaos and turmoil we have experienced yesterday.

People fail to accept the fact our neighbor, the Dominican Republic, is financing the problems in Haiti for their own selfish motives.

Many people will die.

Our international image will be depleted further, if this is possible.

Michel Martelly can still remain the bridge to an improving future or he can become the slide back to a murderous, chaotic past created by Jean Bertrand-Aristide and Rene Preval.

Like vultures, these demons are circling Haiti’s near dead carcass.

Unless Martelly takes control of his situation disaster will follow disaster.

12 thoughts on “WHAT NOW???? MARTELLY’S PRESIDENCY WAS FATALLY POISONED IN DECEMBER OF 2015 RESULTING IN TODAY’S SITUATION”