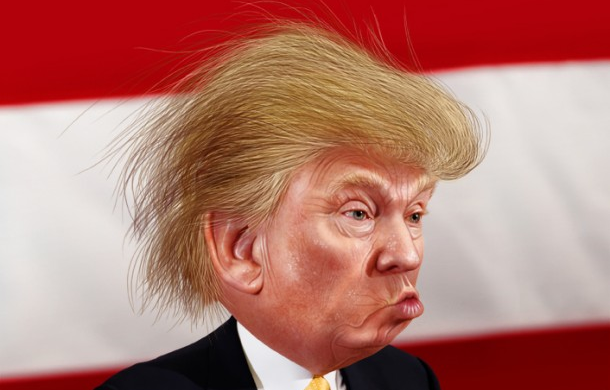 By Ryan Teague Beckwith
5:05 PM EST
President Trump described Haiti, El Salvador and parts of Africa as “shithole countries” in a meeting with lawmakers in the White House Thursday, the Washington Post reported. SEE VIDEO HERE
During a discussion on a potential immigration deal, Trump grew frustrated at the suggestion that he restore protections for immigrants from countries who had temporary protected status, which he had revoked.
“Why are we having all these people from shithole countries come here?” he said, suggesting the U.S. bring more immigrants from places like Norway, according to the Post.
The White House did not deny— or confirm— the remarks in a statement responding to the report, but said Trump was defending his immigration principles because he is an advocate for the American people.
“Like other nations that have merit-based immigration, President Trump is fighting for permanent solutions that make our country stronger by welcoming those who can contribute to our society, grow our economy and assimilate into our great nation,” said White House Deputy Press Secretary Raj Shah. “He will always reject temporary, weak and dangerous stopgap measures that threaten the lives of hardworking Americans, and undercut immigrants who seek a better life in the United States through a legal pathway.”
Earlier this week, the Trump Administration announced it was revoking protections that allowed some 200,000 Salvadorans to live and work in the U.S., some for more than 20 years. In November, it revoked similar protections for nearly 60,000 Haitians.
Temporary protected status is granted to citizens of certain countries that are facing manmade or natural disaster. For El Salvador, it was a deadly civil war; for Haiti, it was an earthquake.
Past administrations have typically extended temporary protected status as it expired.
In December, the White House denied a New York Times report that Trump said that the Haitians “all have AIDS” and that Nigerians would never “go back to their huts” once they saw the U.S.
____________________________________________

Listen to second video on this article, the one immediately after the TIM covers.

Anyone going against his will wil be targeted.

Haiti was ordered to vote against Venezuela in the UN. We declined because of Haiti’s long-standing relationship with Venezuela and its people, dating back to Simon Bolivar and thr Bolivarain Revolution.
Trump would not recognize Honor if it jumped out of the bush and bit him on the ass.