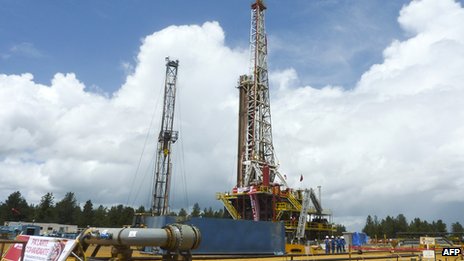 As Venezuela’s President Hugo Chavez continues to receive medical care in Cuba after a fourth cancer operation, many small countries across the region have their own reasons for carefully monitoring his health.

From Jamaica to Nicaragua, and the Dominican Republic to Uruguay, and not least in Cuba itself, dozens of vulnerable nations that benefit from favourable oil deals with Venezuela fear for a future without the leader who fostered the idea of “economic solidarity” among neighbours.

Most susceptible to the winds of change in Caracas are the 15 or so Caribbean nations that signed up to Petrocaribe, an alliance founded in 2005, which allows oil-rich Venezuela to sell oil to poorer countries in the region.

Through Petrocaribe, they are able to buy Venezuelan oil by paying between 5% and 50% of the bill upfront, followed by a grace period of one to two years. The outstanding balance can be paid in 17 to 25 years with a 1% interest rate, if the oil goes over $40 (£25) a barrel.

According to the World Bank, the Caribbean nations spend about 13% of their GDP on buying oil.

Without Venezuelan help, they would have no choice but to resort to the commodities market, where prices are both much higher and more volatile.

It is a dilemma that Caribbean countries faced before Chavez, face now and will face after Chavez. They are small, dependent on imported energy and with limited resources”

Charles ShapiroFormer US ambassador to Venezuela

Instead, because of Petrocaribe, Nicaragua paid its bill in 2011 with goods such as beef, sugar, coffee, milk and, more unconventionally, with more than 19,000 pairs of trousers.

The Dominican Republic – the country that received one quarter of all Petrocaribe oil shipments that year – sent sugar syrup, beans and pasta to its neighbour, while Guyana paid Venezuela in rice, and El Salvador in coffee.

Venezuela sent 243,500 barrels of oil a day to 16 countries across the region in 2011, according to the latest report by state-owned oil company PDVSA.

Through Petrocaribe, countries like Jamaica, the Dominican Republic, Nicaragua, Haiti, Grenada and St Vincent and the Grenadines received 94,600 barrels of cheaper Venezuelan oil a day.

Under a separate agreement, Cuba alone received the equivalent of 96,300 daily barrels, totalling over $3.5bn at market prices.

Havana and Caracas have a much broader and deeper co-operation, through which Cuba has already sent thousands of doctors and teachers to provide the backbone of Mr Chavez’s social programmes, known as the misiones.

Venezuela also grants special deals to the countries of the so-called Bolivarian Alliance for the Americas (Alba). Alba’s money has been used to donate asphalt for roads, as well as computers and printers for schools in Bolivia.

It is no wonder then that, after a meeting in Caracas this month, the Alba and Petrocaribe nations issued a statement expressing their “full and absolute solidarity” with Mr Chavez and urging “respect” for the Supreme Court ruling that postponed his inauguration to an undefined date. 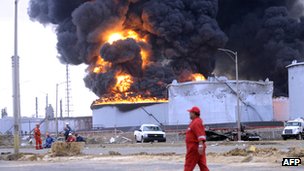 But critics accuse President Chavez of misusing those “gifts” to buy political support instead of investing in Venezuela’s own economy, which is highly indebted and dependent on oil.

They argue that Mr Chavez is giving away resources in exchange for goods that could have been produced at home.

At just over $100 a barrel, the Venezuelan oil supplied through preferential deals could have generated $8.9bn of income in 2011.

Eddie Ramirez, a former PDVSA director who is critical of its current management, argues that money could have been used for maintenance which the state-owned company postponed because of cash flow problems.

“They are doing maintenance in PDVSA like you and I do with our cars: letting it go unchecked until there is a problem,” says Mr Ramirez. “It is not how it should be in a high-risk industry such as this.”

In August last year, an explosion at a refinery in the state of Falcon killed more than 40 people and wounded more than 80.

For critics, it highlighted the lack of investment in safety in the Venezuelan oil infrastructure. But Mr Chavez defended the state-owned firm and accused his opponents of using the incident to try to gain political advantage.

Change on the horizon?

If the Venezuelan president does not return to his post, those among his allies favoured to replace him are not expected to scrap the deals, because they form his international legacy.

But the prospects are less clear should the opposition take power.

While running against Mr Chavez last year, Henrique Capriles promised to “stop the gifts to the world on behalf of geopolitical alliances of doubtful convenience” for Venezuela.

But he also implied that, if elected, he would not do it at the stroke of a pen. Instead, he would review each agreement taking into account “national interests” and “international solidarity”.

The former US ambassador to Caracas, Charles Shapiro, believes the agreements are in danger with or without a Chavista government.

He argues Venezuela is nearing an economic crisis, and that “sooner or later the government will have to make some adjustments”.

Mr Shapiro believes that selling rather than subsidising oil to other countries is easier and less politically risky than devaluing the Venezuelan currency, the bolivar, which is sold in the black market at about four times the official rate.

“This is possibly a sequel of any change in government in Venezuela, and I am afraid it doesn’t matter whether it is Chavista or not,” says the former ambassador.

“It is a dilemma that Caribbean countries faced before Chavez, face now and will face after Chavez. They are small, dependent on imported energy and with limited resources.”