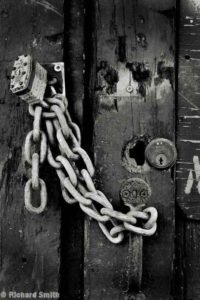 The United States has imposed travel sanctions against Haitian officials held responsible for abuses related to the country’s disputed November presidential election. A run-off vote has been postponed amid international pressure for electoral reforms.

Officials here are not naming the Haitians involved. But they say about a dozen Haitian government officials have had their U.S. travel visas revoked, in a further show of U.S. displeasure over the country’s troubled election process.

Haiti’s November election, which U.S. officials had hoped would put the earthquake-ravaged country on a course to greater stability, was marred by disarray and violence at polling stations.

A run-off election that had been scheduled for last Sunday was postponed, amid international pressure for the government to accept reforms recommended by the Organization of American States.

State Department Spokesman P.J. Crowley told reporters the visa sanctions were invoked in the interest of insuring a  “free and credible” election process in Haiti. “We want to see the government of Haiti embrace the recommendations of the OAS verification mission report. We want to see security and stability sustained in Haiti. And we want to see the election results reflect the will of the Haitian people. And to the extent that there are individuals connected with episodes of violence or corruption, we will not hesitate to take appropriate action,” he said.

Haitian prosecutors have charged Mr. Duvalier with corruption and embezzlement of public funds, and several Haitians have filed lawsuits accusing him of human rights violations during his 15-year rule.

There are news reports suggesting the former leader may have intended to stay only briefly as part of a legal maneuver to free impounded funds in Europe, but he has been barred from leaving pending the outcome of legal action.

Spokesman Crowley expressed satisfaction Friday that Mr. Duvalier’s visit had not “worked out quite the way he expected.”

Similarly, a senior State Department official voiced relief that former Haitian President Jean-Bertrand Aristide, driven from office by a popular uprising in 2004, had not returned home as he suggested  he might earlier this week.

The official said the United States is monitoring Mr. Aristide’s activities in his South African exile, but has not had any recent discussions with South African officials about his status.

The State Department said Thursday the return of former leaders, and the revival of past political controversies, are the last things Haiti needs as it sorts out its election process and recovers from the earthquake disaster of a year ago.