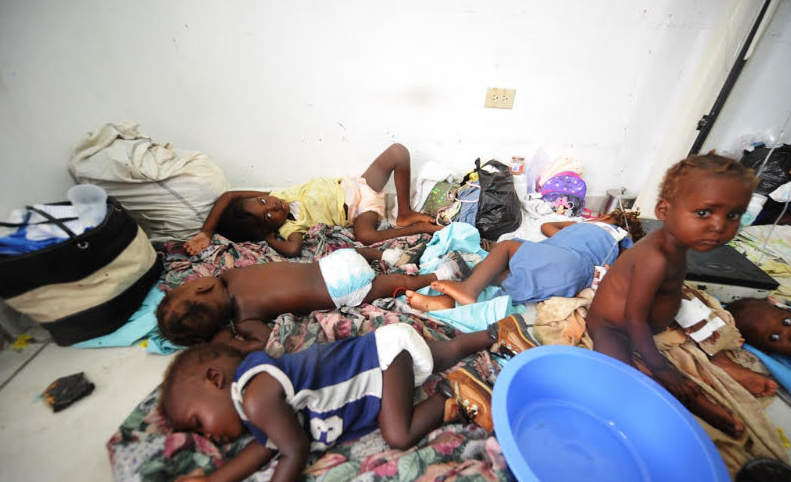 UNITED NATIONS — The General Assembly adopted a resolution Thursday backing the U.N. chief’s appeal to member states to transfer $40.5 million in unspent funds from Haiti’s peacekeeping mission to help victims of a cholera outbreak that has afflicted over 800,000 people.

The resolution, adopted by consensus, reiterates the world body’s “grave concern” at the cholera outbreak, which has resulted in over 9,000 deaths. It recognizes that the U.N. bears “a moral responsibility to the victims of the cholera epidemic in Haiti and to their families” and to support the country in overcoming the epidemic.

For years the U.N. denied or was silent on allegations that it was responsible for the outbreak, which researchers said U.N. peacekeepers from Nepal inadvertently started. In December, then Secretary-General Ban Ki-moon apologized for the United Nations not doing enough to contain the spread.

The resolution welcomed Secretary-General Antonio Guterres’ new approach aimed at reducing the incidence of cholera by improving Haiti’s water, sanitation and health systems, improving access to care and treatment, and supporting victims and their families through their communities.

The U.N. had hoped to raise $400 million to provide aid to afflicted communities and to help eradicate the disease, but only $2.67 million had been contributed to a trust fund by late May.

In looking for funds, Guterres targeted the U.N. peacekeeping mission in Haiti, which the Security Council voted unanimously in April to end in mid-October after 13 years. He asked U.N. members in late May to consider voluntarily waiving the return of the $40.5 million balance and credits in the 2015-16 budget for the Haiti mission and put the money in the cholera trust fund. He also wrote to every member state and appointed a high-level envoy to try to raise money.

Jamaican Ambassador Couernay Rattray, who introduced the resolution, told the 193-member General Assembly that “the crisis spawned by the introduction and spread of cholera in Haiti, which stemmed from the actions and inactions of the United Nations, is not one to which we can turn a blind eye.”

“It stands starkly as a stain against the good name of the United Nations and represents a challenge to our shared purpose of promoting and preserving human rights, international peace and security, and development,” he said.