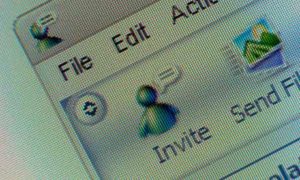 Two Nepalese men were rescued from prison-like conditions in Haiti after 11 months at the mercy of human traffickers who had promised them jobs in the United States, the International Organization for Migration said Tuesday.

The men, in their 30s, had been recruited in their native Nepal by a human smuggling network that had charged them an unspecified fee in exchange for legal immigration and work in the US, Jumbe Omari Jumbe, a spokesman for the Geneva-based organisation told reporters.

Since starting their journey last November, the men had been shuttled through Singapore, China, Brazil, Panama and finally on to Haiti — supposedly their last stop before reaching the US — and had been provided official visas for each country they stopped in.

“It reads like a detective story,” Jumbe said, pointing out that the smugglers must have had a massive network since they “actually obtained visas from all these countries.”

“They must have paid thousands of dollars,” he added.

Although the two men had been willingly smuggled initially, they became trafficking victims when they arrived in Haiti in January this year and were taken to a private home in the northern city of Cap Haitien.

“They were kept as virtual prisoners with little food and dirty drinking water,” Jumbe said, adding that the family had confiscated their passports, threatened them and demanded money.

But when their captors told them to call their families and ask for more cash, the men described to their loved-ones, in Nepalese, details of landmarks they had passed when they were being transported to the house.

Their relatives then contacted Nepalese police, who in turn alerted police units forming part of the UN peacekeeping mission in Haiti, which organised a rescue mission.

“It was very hard finding the area, because these men were in prison. They didn’t see where they were. But finally through hard work they found them and they were rescued,” Jumbe said.

IOM, which has helped some 2,000 human trafficking victims since it began working on the issue in 1994, transported the two men back to Nepal, he said.

“This case confirms that Haiti is a country of origin, transit and destination for human trafficking and migrant smuggling,” IOM’s mission chief in Haiti, Gregoire Goodstein, said in a statement.

“The criminal networks at work in Haiti are national and international,” he added.

Most trafficking victims in Haiti are Haitian children who are exploited as cheap or free labour, according to IOM, pointing to the so-called “restavek” (from the French ‘reste avec’, meaning stays with) system that dates back at least two centuries.

According to that system, children from very poor rural areas are “entrusted” to families in urban areas who are supposed to provide for their needs, including education, in exchange for their work.

But, IOM said, “the vast majority of restaveks end up exploited and abused.”