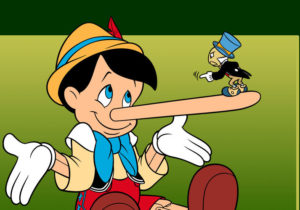 SAY the name Jean-Bertrand Aristide in Haiti this week, and it’s as if the revolutionary slave leaders Toussaint Louverture and Jean-Jacques Dessalines were still riding over the plains and mountains here, astride Delacroix-worthy steeds, making their descent with sabers drawn upon the vast plantations of the French masters.

The Haitians one meets on the street or in their little shops or in the market or on the byways of the countryside and in the shantytowns of the provincial capitals are for the most part pleased at the prospect of former President Aristide’s return this week from seven years’ exile in South Africa. But when members of Haiti’s tiny elite, small middle class and growing international community here discuss Mr. Aristide, they look over their shoulders, shake their heads, raise their eyebrows. They speak in whispers or in great gulps of nervousness.

Cut off their heads and burn down their houses, Dessalines told his troops, who went on to win a historic and singular victory over the French Army in 1804. Two centuries later, the elite, some of whom are descendants of the French colonists, still have a profound fear of the poverty-stricken general population. They understand fully that the triumph of the slaves never brought about the structural changes in Haitian society for which those early, bloody battles were fought. The ruling class still fears the overturning of the customary order. Revolution is a scary thing.

When the slaves gathered in 1791 to plot the end of French rule, there were about 500,000 of them on the island, and some 40,000 French colonists. Today the demographics are even more skewed, with about nine million people living in unimaginable poverty, while a microscopic elite guards among themselves whatever wealth is to be had here. Among all this flits the aid and development community, who have arrived in droves since the January 2010 earthquake, with their airy expensive apartments, S.U.V.’s, vans and pickup trucks, and packets of money to hand out.

In some places, the schism between haves and have-nots is almost farcical. Around the Place Boyer in Pétionville, the wealthy town above Port-au-Prince, clubs and restaurants with security guards cater to the elite and to foreigners, while across the street, in a refugee camp, hundreds of Haitians huddle under tarps and in tents in the mud and wind of the season’s unpredictable rains.

It’s perfect volatile tinder in which to toss the match of Mr. Aristide’s return. Plunk a three-cornered hat on Mr. Aristide’s head and sit him on a horse, and he is another revolutionary leader. The people in those camps are his people — though not, by far, his only people.

Jean-Bertrand Aristide has a complicated history. During the troubled times after the ouster of the dictator Jean-Claude Duvalier in 1986, he repeatedly confronted the interim junta with enormous, even foolhardy, personal courage. A Roman Catholic priest from a shantytown parish, Father Aristide gave sermons in those days that were biting and vituperative, intended both to enrage the country’s rulers and make the people laugh at power. His amazing escapes from the many assassination attempts against him made him a kind of folk hero, a Lazarus who could not be eliminated. I knew him then, and remember him rising from these attacks, each time with a greater following.

For a long time, Mr. Aristide had no money; he had no social standing; he had no political party; he had no powerful foreign friends; his own church reviled him. These were all points in his favor among the Haitian people. For a long time, the people were his only power. While all other politicians (except for those whom he has supported) have had to rush around stuffing ballot boxes, altering counts and paying for votes, Mr. Aristide has twice been elected in clean balloting.

The first time was in 1990, in the first successful election after 29 years of dictatorship by Mr. Duvalier and his father, François. He won handily, but, with his leftist rhetoric and his huge support from the poorest sectors, he was not exactly the leader that the international community had envisioned when they promoted democracy and elections in Haiti. Reluctantly, international monitors certified his election.

Finding himself alone in a political sea of the entitled and the empowered, Mr. Aristide believed that all he could trust in the end was the brute power of the street — the “rouleau compresseur,” as it is called in Haitian politics, or the steamroller.

He was almost pathologically reluctant to work toward agreement among his advisers, among equals. He shares this distaste with many Haitians, who believe that theirs is a fatally polarized society and that consensus-building here almost inevitably leads to capitulation to the elite, and by extension to the international community.

Seven months after he took office, Mr. Aristide was overthrown by the Haitian Army with the tacit approval of the United States and the international community. The steamroller did not save him, and he was sent into exile. His second term was much more violent, with supporters repulsing perceived conspirators with guns and machetes. There were also allegations of human-rights abuses and corruption.

It ended with another coup, in 2004, that was again supported by members of Haiti’s business elite and tolerated, at least, by Haiti’s international allies, putting an end to the people’s flailing baby steps toward power.

Mr. Aristide gave the Haitian people two invaluable things: self-confidence and a voice, and thereby earned their lasting loyalty. That’s not nothing, after 200 years of repression, but it is perhaps his only positive legacy.

During his first exile, in Washington, Mr. Aristide agreed to make compromises and concessions that were entirely the opposite of what he’d always stood for. Like a kidnapping victim negotiating his own ransom, he was willing to accept any demand in order to be allowed to return to Haiti.

Here was a people’s president who, from a comfortable banishment, lobbied successfully for a brutal embargo against his own country, and who, returning to power in 1994, accepted international demands for a rapacious end to Haiti’s import bans. Here was a Haitian patriot and intransigent denouncer of all collaboration with “imperialists” who was brought back to Haiti on the shoulders of an international military intervention led by the United States, and who countenanced the establishment afterward of what was essentially an international occupation force run by the United Nations, which controls the forces of order in Haiti to this day, Mr. Aristide having disbanded the army that helped oust him.

Mr. Aristide, of course, did not see this as hypocrisy. Above all, he felt, the people wanted him to return. And he was right the first time he returned, and he’ll be right the second time. The Haitian people want justice and a decent life, and they think he’s the man to give that to them. Yet they have already poured their love onto him and he has repaid them with nothing but dreams.

By the end of Mr. Aristide’s two abortive terms, the Haitian revolution had once again failed. The only Haitians whose lives he improved were those to whom he personally gave jobs or for whose communities he personally — for reasons of political loyalty or old connection — provided housing or schools. He changed nothing structurally; he put in place only one institution, his own Aristide Foundation for Democracy, which runs a small university, mobile schools in five earthquake camps and many youth and women’s groups.

In the past weeks, as Mr. Aristide plans his return, the United States has been putting pressure on the South African government to prevent him from coming back to Haiti at such a fraught political moment. Jean-Claude Duvalier, the ousted scion of the old dictatorship, has just come back to Haiti himself in a surprise move, and can be seen here and there, dining in expensive restaurants like the ones in Place Boyer, and moving around the city in big, rich-man’s cars.

MR. DUVALIER’S appearance provided further justification for Mr. Aristide’s return, for if the former reviled dictator can come back, how about the first democratically elected president? Haitians are preparing to vote (or not to vote) on Sunday in a contested runoff presidential election. The sudden entrance onto the proscenium of both controversial former leaders — one stage right, the other stage left — has highlighted the unreality of the current campaign, which pits a constitutional scholar against a popular musician.

Mr. Duvalier is unlikely to be permitted to run for office. And Mr. Aristide has said that he wants to return as a simple educator and to open a medical school. Having technically served his constitutionally allotted two terms, he could come to power now only if he were to pull off some Machiavellian scheme.

Whatever Mr. Aristide chooses to do in Haiti, his voice is likely to be very powerful, as long as he can avoid assassination. Given his popularity, he should be able to influence election results far into the future, if not the one immediately upon us. As always at election time, violence simmers just below the surface, and has exploded once already in this voting season because of anger over fraud.

Meanwhile, those who helped to overthrow Mr. Aristide or who thwarted his ambitions or who disagreed with him are worried for their own security after he returns. “Aristide does not have to open his mouth for his vengeance to be done,” one young man said to me last week, with admiration. There is a perception of an impending payback time.

The incredible thing is that a narrative most Haitians thought was over is now to begin again. Because he is such a potent symbol of democracy for a huge number of people here, Mr. Aristide keeps popping up in Haitian history like a return of the repressed. In traditional Haitian belief, a person’s soul goes back to Africa, or lan guinée, when he dies. For Jean-Bertrand Aristide to reappear in Haiti from his African exile would be a real resurrection.

Amy continues to perpetuate a lot of garbage that is simply not true.  Because of this, the outside world bases its opinions on the wrong “truths” and more mistakes are made in a continuation of disaster for the Haitian people.

I won’t take the points and list them here, because they are too numerous for this space.

However, it should be pointed out – for the zillionth time, that Aristide was not the first democratically elected president in Haiti’s history. There were at least 4 others, including Francois Duvalier.

Let’s get off the phrase “Reviled Dictator” now the buzz words in media accounts of the Duvalier return. He was not a reviled dictator. In fact he was, and remains very popular with the Haitian masses.

Duvalier returned to the adulation of the mob as he traveled the nation. Everyone wanted to touch him. His visit to Leogane was stunning as the entire population crowded the town’s center to “see their son.”  Only a few days ago he was in Croix des Bouquets, with no security, walking through the market, talking with people.

He is spotted in restaurants with other guests, and kitchen staff coming to speak to him.

And, in fact, Duvalier could run for president if he wished.

President Aristide will return to Haiti, within hours or days, unless the American government manages to block him.

As a Haitian citizen, this is his right.