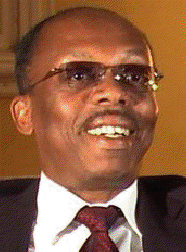 Overthrown in February 2004, former Haitian President Jean-
Bertrand Aristide, has always accused the U.S. of being behind its
removal. After a short stay in Jamaica, he had finally found exile
in South Africa, where he lived since, with his family in the hills
of Johannesburg.
The lawyer Brian Concannon, director of the
American Institute for Justice and Democracy in Haiti, that
follows the legal situation of the former president, said that former
President Aristide had tried to renew his passport to return to
Haiti, but Haitian authorities are opposed to the renewal of this
document. “Aristide has the right to return in his country […] The
second thing I know, iit’s that he’s in South Africa without a
passport to return” clarified the lawyer.

According to Ray Joseph, who was ambassador to Washington,
he would have issued Aristide a passport, at any time, had it
been requested. The Washington embassy controls passports
for Haitians outside the country.

Aristide insisted on a Diplomatic passport, and this was not
possible.

If he wants to fly to Haiti, a passport is available at any
moment. He just has to apply.