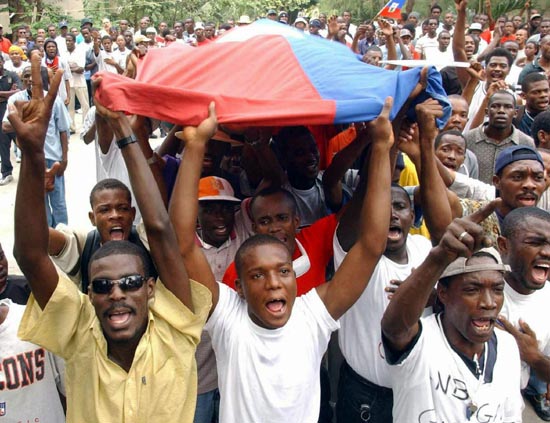 PORT-AU-PRINCE, Haiti—A loud and smoky protest has accompanied U.S. Education Secretary Arne Duncan’s meeting with the president of Haiti in the capital of the impoverished nation.

Protesters burned tires and hurled stones at police outside the presidential offices Monday. The approximately 100 protesters were largely university students angry about classroom conditions. One told The Associated Press his school has no library, classrooms have no lights and teachers rarely show up.

A large number of Haitian police officers kept the protesters at bay while Duncan and a U.S. delegation met in private with President Michel Martelly and other Haitian officials.

Duncan was expected to announce a U.S. education aid package for Haiti during his two-day visit.