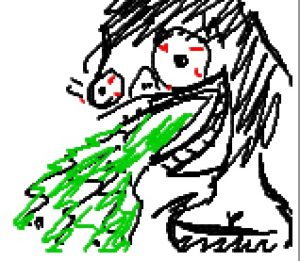 Actor and activist Sean Penn is keen to cut back on his alcohol intake after turning to booze at night during the ongoing relief effort in Haiti.

The “Milk” star has worked tirelessly to raise awareness and money for the impoverished nation since it was struck by a devastating earthquake in 2010, even setting up his own charity, the J/P Haitian Relief Organization.

He spends a huge amount of time in the country – but the tough work is taking its toll on Penn’s health.

The star tells Britain’s Telegraph magazine, “You’re going up and down hills all day, stressed, eating a lot of c**p. And you tend to drink at night – rum punch – which I’m also trying to curb.”

But Penn is determined to carry on the humanitarian work for as long as possible: “As long as it’s productive, I’ll stay down there.”

The rest of manage to handle Haiti without an increasing intake of booze, and we are not coddled like Sean Penn has been.

One must not underestimate his positive influence on the Haitian scene, drawing public attention to the country’s needs.

And, one must not overestimate it. There are many advantages for Penn, some of them financial.

Penn cannot blame Haiti for drinking or increased drug use. These are simply bad habits, excuses imported from the outside world..