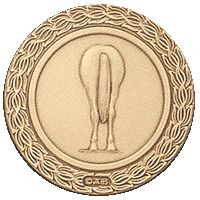 Haiti’s President René Préval held out an olive branch to former presidential candidate Wyclef Jean, saying `he carries his country in his heart.’

BY JACQUELINE CHARLES AND STEWART STOGEL

NEW YORK — Two days after Haiti-born hip-hop artist Wyclef Jean officially renounced his bid for the presidency of his earthquake-ravaged homeland, Haitian President René Préval pulled him on stage Thursday at a gathering of the Clinton Global Initiative in a gesture of goodwill.

It was the first public meeting between the two men since an angry Jean lashed out at Préval in Creole on his new record. He accused the president of being “The Satan” who orchestrated the Aug. 20 decision by Haiti’s electoral council to ban him from the Nov. 28 presidential ballot. He also demanded prison for the council’s eight members.

During a speech to hundreds of Clinton Global Initiative participants, Préval said Haitians love their country, then called on Jean to join him on stage.

“He has made the plight of Haiti visible throughout the world even before the earthquake,” Préval said of a visibly stunned Jean. “He carries his country in his heart. And that is why I have made him a goodwill ambassador.”

Jean smiled but said nothing as he stood next to the president.

Earlier this week, Jean announced he was giving up on his presidential bid to focus on music. Still, he remains a highly sought after kingmaker among Haiti’s 19 presidential candidates who hope the excitement over the popular singer, especially among Haiti’s disaffected youths, would help carry them to victory. In a recent message to followers, Jean urged them to remain mobilized but said he would not be supporting any of the candidates at this time.

The brief reunion between Jean and Préval occured during a special session on Haiti at the annual gathering by former President Bill Clinton, who also serves as co-chair of reconstruction efforts in Haiti with Prime Minister Jean-Max Bellerive, who participated in the session.

Clinton, like Préval, called for foreign donors to keep their commitments to provide more than $5.3 billion in aid.

Earlier in the week, Clinton met with almost two dozen foreign ministers in hopes of getting them to pay up. During a Haiti panel discussion Thursday afternoon, Clinton highlighted the need for investments in tourism, crafts and education.

“We have had a lot of brain drain. But we still have a lot of fabulous people who live in Haiti. They need to be empowered and have access,” said Maryse P. Kedar, a Haitian businesswoman who with her husband, famed photographer Daniel Kedar, opened 14 tent schools and hired 300 Haitian teachers and staffers after the Jan. 12 quake.

Eight months after the quake left an estimated 300,000 dead and 1.5 million people living under tents and tarps, Haiti continues to struggle to dig itself from under the rubble.

This is a classic example of what the Irish call…

You knock a guy down, then you pick him up…apologizing…apologizing….But the effect is there. You smacked him in the mouth….and, now…he looks bad if he doesn’t accept your apology.

So it is with Preval. He made a doormat out of Wyclef, double-crossed him, and humiliated him.

Now he publicly makes a thing with Wyclef and Wyclef must accept or look like a horse’s ass – again.

The damage was done.