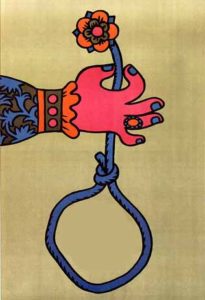 http://wemeantwell.com/blog/2012/08/20/serious-questions-about-a-haiti-reconstruction-puff-piece/
The default media plan at State is to follow anything negative in the
press with a planted puff piece. Rather than tackle the facts in a
negative story (seeking to refute them with other information, or to
make corrections), State’s modus is to seek ink that just says
everything is actually wonderful, without mentioning the offending
original articles Following a scathing Associated Press investigation
http://wemeantwell.com/blog/2012/07/23/state-department-fumbles-haiti-reconstruction/
into the failure of State to reconstruct Haiti after the devastating
2010 earthquake (Less than 12 percent of the reconstruction money sent
to Haiti after the earthquake has gone toward energy, shelter, ports
or other infrastructure. At least a third, $329 million, went to
projects that were awarded before the 2010 catastrophe and had little
to do with the recovery), State first tried an “Op-Ed”
http://www.state.gov/p/wha/rls/rm/2012/195338.htm by the ambassador
http://wemeantwell.com/blog/2012/07/25/too-much-self-love/ blithely
mumbling that all was well. That was back in late July.

It took almost a month more, but State did finally select its author
for what appears to be a real puff piece, in this case some hack named
David Brown at the hometown Washington Post (slogan: still dining out
on that Watergate thing)
http://www.washingtonpost.com/national/health-science/in-one-of-haitian-capitals-roughest-neighborhoods-a-pretty-good-second-chance/2012/08/18/0958982c-ae5c-11e1-936a-45aa2b40de38_story.html?hpid=z3
.

Brown’s work at the Post
http://www.washingtonpost.com/david-brown/2011/02/28/AB2Y0sM_viewAll.html
has been mostly on health issues, mainly HIV/AIDS, with the odd bit
about Warren Buffet’s prostrate (not good) and Dick Cheney’s
artificial heart (“doing exceedingly well”). As such, he was obviously
the perfect guy to write authoritatively on reconstruction in Haiti.

Without too much surprise, Brown tells us of the wonderful work State,
via its USAID arm, has done in one micro-neighborhood in
Port-au-Prince http://www.washingtonpost.com/national/health-science/in-one-of-haitian-capitals-roughest-neighborhoods-a-pretty-good-second-chance/2012/08/18/0958982c-ae5c-11e1-936a-45aa2b40de38_story.html?hpid=z3
. The short version is that in this one neighborhood, 500 people have
new houses, lots of locals were employed to do the work, and civic
improvements accompanied the new homes. It is a real success story.
Read it yourself.
http://www.washingtonpost.com/national/health-science/in-one-of-haitian-capitals-roughest-neighborhoods-a-pretty-good-second-chance/2012/08/18/0958982c-ae5c-11e1-936a-45aa2b40de38_story.html?hpid=z3

Here are the questions I sent to the Washington Post Ombudsman about
the article. Should I receive a reply, I will feature it on this blog.
Had the article addressed these points it might have floated above
puff piece.

Did David Brown locate this rebuilt neighborhood on his own, or did
State direct him to it? Did Brown fly to Haiti specifically to do this
story? What role did State/USAID play in his access to the
neighborhood? Was he accompianied by anyone from State/USAID at any
time? Brown does not seem to cover Haiti, State or reconstruction
issues. How did he end up with this story?

The story says $8.5 million US tax dollars were spent repairing or
replacing 500 homes. That works out to a very rough figure of $17,000
per home. Haitian GDP is about $1300 a person a year
https://www.cia.gov/library/publications/the-world-factbook/geos/ha.html
, among the world’s impoverished. Is $17k per home expensive? Typical
costs? What does the figure actually mean?

Why did reconstruction seem to succeed so well in this one micro-area
while failing broadly? Are there lessons to be learned and applied
elsewhere in Haiti or is this an anomaly?

The Associated Press piece focused in part on how little
reconstruction money actually makes it to Haiti instead of being
siphoned off by US contractors. Brown’s article claims all but four
workers used on this project were Haitian. At the same time, he notes
that the project sent only $1.4 million of the $8.5 million total into
the local economy. That seems to suggest over $7 million bucks went
somewhere else. Where did it go?

Brown’s article, which ran on the front page of the Post and continued
inside, quoted only two people connected with the project by name, the
project manager paid by USAID and one engineer paid by USAID. Why were
there no quotes from any of the Haitian residents of the new
dwellings? Why were there no quotes from any local Haitain officials?
Did the WaPo editors cut out such quotes? Did they not ask Brown to
obtain such quotes? How did Brown fact-check the details given to him
by the USAID-paid people? DID Brown fact check those details?

As I learned in Iraq, building things is relatively easy given massive
amounts of money. The real magic is sustainability. Brown tells us
“Groups of houses share 23 septic tanks and 100 bucket-flush toilets,
which can be locked for privacy. Twenty solar-powered lights
illuminate streets.” What plans and whose money are in place to repair
and maintain that technology? Who/how will the septic tanks be drained
or pumped out? What happens when the first solar light needs
replacing? Will any of this be there working a year from now? If so,
under what plan? The article calls the work in Haiti a “renaissance,”
a pretty dramatic word that is empty, meaningless and damned temporary
unless there is a sustainability plan in place.

Almost all the details in the story are unsourced. Brown talks about
the number of septic tanks, a kidnapping and decisions taken
collectively by the neighborhood. He does not say where any of this
information came from. Where did this information come from?

Another big problem was that wider paths and outdoor places to sit
were neighborhood priorities but there was not any unoccupied land for
them. As the project evolved, 201 households agreed to reduce the size
of their plots, 171 agreed to reshape them, and 51 agreed to share
their plots with another family by living in two-story houses.

This is a huge thing to have accomplished. In reconstruction work, the
easiest thing to do is simply to redo what was destroyed, urban
problems and all. Destroyed too-narrow streets are replaced with new
too-narrow streets because it proves inexpedient to resolve the many
disputes. How did this process actually work out in Haiti? Did it
really happen? If it did, the method used should be a critical element
toward replicating this success throughout Haiti. Did State/USAID lead
negotiations? Was there some sort of local micro-government?

Since it is unlikely that such agreement spontaneously emerged,
leaving out the process raises questions about whether Brown had any
idea what he was writing about, or was simply a notetaker for USAID’s
propaganda machine.