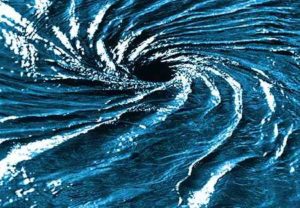 * Rapes, torture and killings documented under his rule, UN says

* No statute of limitations for such crimes under int’l law

* Duvalier alleged to have embezzled up to $800 million

GENEVA, Jan 31 (Reuters) – Former Haitian dictator Jean Claude “Baby Doc” Duvalier should be tried for torture, rape and killings committed during his rule, not merely on corruption charges as proposed by a Haitian judge, the United Nations human rights office said on Tuesday.

The judge handling the case, Carves Jean, told Reuters in Port-au-Prince on Monday that Duvalier will face trial for corruption during his 15 years in power, which ended in 1986, but not for human rights abuses.

But the office of U.N. High Commissioner for Human Rights Navi Pillay voiced deep disappointment and called on Haitian authorities to ensure he is prosecuted for international crimes.

“Very serious human rights violations including torture, rape and extrajudicial killings have been extensively documented by Haitian and international human rights organisations to have occurred in Haiti during the regime of Duvalier,” U.N. human rights spokesman Rupert Colville told a news briefing in Geneva.

“Impunity for such serious crimes cannot be allowed to prevail and we urge the relevant authorities to ensure that justice is, albeit belatedly, delivered to the many victims of human rights abuses committed under the government of Mr. Duvalier,” he said.

Pillay’s office had repeatedly reminded judicial authorities in Haiti of their “an absolute obligation” to investigate the violations and prosecute those responsible, he said.

“It is clear under international law that there is no statute of limitations for such crimes,” Colville added.

Judge Jean told Reuters that he did not find enough legal grounds to retain human rights charges and crimes against humanity against Duvalier and that a 20-page ruling had been delivered to the government prosecutor’s office on Monday.

Duvalier is alleged to have embezzled between $300 milllion and $800 million of assets during his rule, stashing some of it in Swiss coffers before fleeing to exile in neighbouring France.

Colville, asked why Duvalier would face corruption charges but not for human rights crimes, replied: “We’re puzzled too, because under international law it is the very serious crimes such as crimes against humanity, war crimes, genocide, serious violations like torture which can also be a crime against humanity, these have no statute of limitations.”

“In Haiti, our understanding is that under the constitution, international law is given supremacy so it does seem rather bizarre that financial charges appear to be possible but not international crimes,” he added.

Pillay sent a senior expert to Haiti last March to provide legal and technical advice to Haitian authorities on the issue of prosecuting a former head of state for serious human rights violations, according to Colville.

Why does everyone carefully avoid the well-documented evidence of  Jean-Bertrand Aristide and Rene Preval’s involvement in murder, kidnap, torture, rape, cocaine-trafficking, and massive theft of billions of dollars from Haiti’s treasury??

This is bias on a flagrant scale!!!

The young female police officer, raped, beaten and beheaded on Aristide’s orders when she would not shake hands with the Army Rouge leader in Cite Soleir.

Mireille Durocher-Bertin, murdered March 28, 1995 under the orders of Aristide/Preval. FBI investigated this one and quit in disgust when Aristide blocked their efforts.

The French Consul, murdered on the orders of Rene Preval…by Amaral Duclona, now held by the French.

Cocaine trafficking on a massive scale.

Theft of government funds. Pere Samedi once said…”Duvalier sipped Haiti’s funds through a cocktail straw while Aristide gulped them with a bamboo pipe…”  And Samedi was a close Aristide ally, at the time.

NO IMPUNITY. LET US CHARGE ALL THREE AND FIND OUT WHO IS INNOCENT AND WHO IS GUILTY. THESE INTERNATIONAL DO-GOODERS WILL FIND DUVALIER EXONERATED BY ANY BALANCED JURY WHILE THEIR HEROES – ARISTIDE AND PREVAL WILL GET ABOUT 25 CONSECUTIVE LIFE SENTENCES, OR LONGER.

1 thought on “MORE BIASED BULL SHIT!!! WHAT ABOUT ARISTIDE AND PREVAL?? Duvalier must face trial for serious rights crimes-UN”