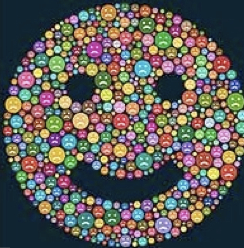 Susan Silk is a Detroit-area psychologist in private practice. But for years, she has had another life as well. As Michigan coordinator of the American Psychological Assn.’s Disaster Response Network, she has volunteered with the Red Cross to provide crisis counseling after disasters throughout the United States and its territories. She was dispatched to Oklahoma City in the aftermath of the bombing of the Alfred P. Murrah Federal Building, to Washington after 9/11, to Blacksburg, Va., after the Virginia Tech shootings, to New Orleans after Hurricane Katrina and to many other places. In the aftermath of the Haiti earthquake, she traveled to Port-au-Prince to work with ACTS World Relief, a Christian disaster-response organization. During her 10 days in Haiti, she sent e-mails to her family back home. What follows has been excerpted from those communications.

Today I’m just working on helping out and fitting in.

So far so good. I haven’t made any babies cry, and I’ve made friends with the camp cat. I counseled a domestic violence survivor (through a translator) and bagged 10,000 Rolaids for distribution. Our camp/clinic is across from a Seventh-day Adventist hospital that has no signs of earthquake damage, but is crumbling from age and neglect.

The Haitians are beautiful and welcoming. And maybe there is something to this Christian thing. These people walk the walk. No evidence of ego yet . . . but it’s early.

All the Haitian people who come in to the clinic have some variation of PTSD Not the crying kind. The headaches, stomach ache, flashback, nightmare kind.

Any minute now I’ll have to stop typing to get on the truck that’s doing the rounds of Port-au-Prince. I’m looking forward to seeing sights outside of the clinic.

I think you know that yesterday afternoon I hitched a ride on the big truck into town.

It gave me a chance to see the city in daylight.

Most of the people looked like they don’t get enough to eat.

Every fourth building was a total pile of rubble.

And of course no one wants to stay in the buildings, so every available open space is filled with tents made out of cloth, plastic cardboard or tin.

I don’t even want to think about where people defecate.

Our clinic saw 900 patients today. The clinic was started about eight years ago by Dr. Eddy Delaleu. The patients we are seeing come in with chronic issues — not really earthquake injuries. But the chronic ailments have been intensified by the stress of the earthquake.

The people of Haiti refer to the earthquake as “the event.” Patients are remarkably grateful for the little that I’m able to do for them.

I talked to Dr. Eddy about creating a radio public-service announcement about PTSD. I thought he blew me off, but later he asked me if I was working on it and told me to bring him something. So I will see what I can come up with.

Mary, the doctor in charge, made a change in clinic protocol today: kids in the morning, adults in the afternoon. She’s afraid that babies will die of dehydration waiting all day in the sun. Yesterday we had a lot of listless, lethargic babies. Here, a squalling baby is actually a good thing.

I can’t remember if I told you about our 89-year-old dentist. He requested a couple of chairs and put them under a tree in the courtyard. He stands there pulling teeth all day long.

He retired from private practice in the ’70s to become a full-time medical missionary. He’s been everywhere.

Today was a busy day.

But let’s just say my translator and I were not on the same page. He was a sweet guy, and his English is way better than my Creole, but I’m not sure that you could call what we did therapy, although maybe it was therapeutic.

The patients were amazingly tolerant of the process. We tried to determine what their issues were — as if grinding poverty, no job, no money and no place to live weren’t enough.

But what can you say to a man who starts sobbing as he tells you that his wife, the mother of their 4-year-old and 11-year-old sons, died in the earthquake?

Surprisingly, he’s the only one I have seen cry.

This morning I worked with a different translator, Gordon. He had amazingly unaccented English that he learned by himself from his computer. It’s his fourth language, along with French, Creole and Spanish, which he learned a couple years ago hoping to go to college in the Dominican Republic. But then he couldn’t go to college because his mother died and he had to return home.

He had great natural affinity for this kind of work. I had him read a three-page handout about PTSD. After that he could pretty much do the counseling on his own.

Today was a high point or a low point depending how you’re keeping score. The clinic closed early this afternoon because we’d seen everybody by 3. Two of the medical providers I flew in with had come with two suitcases full of dollar-store toys. They found a small orphanage down the street, and four of us and a translator went there to distribute the toys. The place looked bad: chipped stucco, crumbling walls, faded paint. The bare dirt and rock courtyard was filled with tarps held up by sticks, with families camped out underneath. As we walked up the path, kids crowded all around. They didn’t know about the toys; they just wanted to touch me. They wanted to hold my hand, rub my arm, feel my hair. They were appreciative of the little toys. But mostly they wanted conversation, smiles, waves, pats and hugs.

All morning long I listened to patients speaking through Gordon, the great translator, normalizing and validating. I must have seen a couple dozen patients this morning, one after another. But at some point it seems ridiculous to normalize the conditions that people are living in.

I saw a schizophrenic 21-year-old whose mother was worried about him, and a father of 9-year-old twins whose wife died in “the event.”

I pooped out yesterday after lunch. I just wilted and didn’t see any patients after 2.

But our 89-year-old dentist was still on his feet pulling teeth at 4.

A much better day today. I felt like I lost my mojo yesterday and didn’t think I’d get it back, but it cooled off by 20 degrees and that made all the difference.

Speaking of mojo, today I talked with someone who was cured by a voodoo doctor. A young woman presented with the feeling that she had something running around in her head, like a little animal. We started to do our PTSD spiel when she told us that the last time she had this symptom, when she was a little girl, she went to a country doctor who cut up some kind of animal brains for her to eat and that the feeling went away. We did a brief bit about deep breathing and relaxation, but it’s pretty clear that she needs to go back to the country doctor.

This may be my last post from Haiti. The word is that we leave for the airport noonish. I’m waiting until the last minute to take my shower. Last night I learned that around the time I arrived there was a big crisis about mental health services. One of the mental health honchos from the U.S. who was here decided that Haitians were not receptive to Western-style PTSD intervention. She banned distribution of any of our educational materials, the ones describing and validating common physiological and cognitive reactions. She insisted that a crate of these materials be destroyed. Now the policy has changed and Haitians welcome these explanations and interventions. But we don’t have any informational sheets to give them. I’ll see you soon!

1 thought on “LOS ANGELES TIMES Haiti, after ‘the event’ A TRULY CHARMING SERIES OF COMMENTS – HAITIAN-TRUTH.ORG”