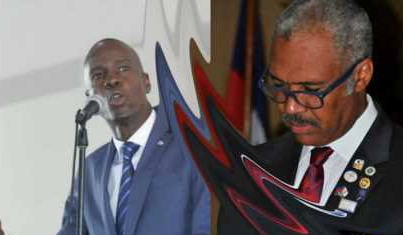 The relatively unknown Lafontant, a medical doctor, is tasked with steering the government’s legislative program through parliament in the impoverished Caribbean country.

Under Haiti’s amended constitution, Lafontant needs to receive a vote of confidence from both the Senate and the Chamber of Deputies before moving forward on his program.

Though President Jovenel Moise’s Bald Heads party and its allies control the majority in parliament, getting a prime minister’s agenda approved has historically always been a bruising battle.

If parliament confirms plans by Lafontant, perhaps best known as the president of the Rotary Club in the upscale district of Petionville, and allows him to choose other ministers, it would mark the country’s first elected government in a year.

Haiti had been headed by a caretaker government since Michel Martelly, the last elected president and Moise’s political benefactor, stepped down early last year without a designated successor. Moise took office last month, ending a political stalemate that lasted more than a year.

The new government will have to grapple with a depreciating currency, continue battling a nearly seven-year-long cholera epidemic and rebuild after a devastating hurricane last year.

“The people are suffering; the national social fabric is deteriorating … we want to bring hope and find solutions to problems that have lasted too long,” Lafontant told lawmakers.

Haiti, the poorest country in the western hemisphere, is still recovering from Hurricane Matthew last October, which killed up to 1,000 people and left 1.4 million in need of humanitarian assistance.

The country of about 10.6 million people, which shares the island of Hispaniola with the Dominican Republic, also still bears the scars of a powerful earthquake in 2010.