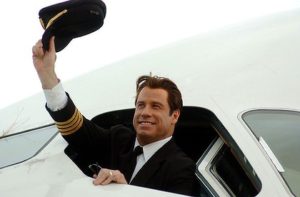 John Travolta landed a plane in Haiti on Monday to personally deliver supplies to survivors in the earthquake-ravaged nation.

The “Pulp Fiction” star touched down in the Boeing commercial jet with his actress wife, Kelly Preston, a number of relief volunteers and 80 medics.

The plane was also stocked with food and medical supplies.

And Travolta has heaped praise on Qantas Airlines bosses for lending him the passenger plane to make the mercy mission possible.

It’s the second relief trip Travolta has organized for Haiti. The actor dug deep to arrange for a plane to carry volunteers to the country just days after the devastating tremor.