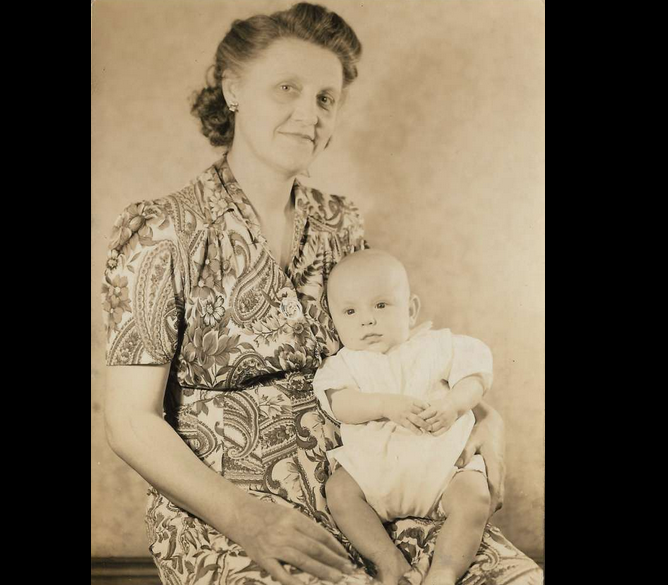 Bobby Clifton never thought of his mother as someone who lived through a pandemic.

Even as the novel coronavirus brought the world to a halt – as it became clear that he, like Annie Donahoe Clifton, would witness a globally catastrophic outbreak of disease – he failed to draw the parallel. It took an emailed suggestion from his niece before Clifton, 75, entered his bedroom, opened the cedar chest at the foot of his bed and paged through the faded letters, exchanged in 1918 between his mother and her brother, then fighting overseas in World War I.

Preserved in paper, he found a teenager troubled by the shutdown of movie theaters, businesses and schools.

“Brother, Norfolk is some dull now,” wrote 16-year-old Annie Clifton on Oct. 21, 1918. “All of the moving pictures and theatres are closed on account of the Spanish flu. … I’m not working now (and) school … had to close, too.”

Bobby Clifton was struck by the similarities. It was late March, and schools, restaurants and shops were just starting to shut down all around his home in Virginia Beach, where he’d been spending a quiet retirement with his wife, Linda Clifton, until the virus hit. Everything had become so uncertain – and now, standing in his bedroom, he gripped the letter a little bit harder.

He hadn’t known society shut down in 1918. He hadn’t ever thought about it. And he’d never asked his mother, who died of dementia in 1986 without once broaching the pandemic with her son. Annie-of-the-letter spoke to Bobby Clifton in a much younger voice, not the matriarch he knew. But it felt, he said, like his mother was guiding him through the crisis.

“It makes you think, ‘OK, we’re not the only ones,'” said Valerie Fisher, the niece who recommended he look for the letters.

Americans throughout the country are making identical discoveries. They are climbing attic stairs, descending into dusty basements and flipping through folders in old filing cabinets to seek words of everyday wisdom from ancestors who have suffered through something like this before.

For “My Great Aunt Vi … the biggest – and happiest – news of the day was that schools were closing,” wrote a woman in Seattle who unearthed a relative’s 1918 diary entries.

“I’m sure Aunt Becky would be flabbergasted to know people are still interested in her letters,” concluded an Iowa woman who spoke to a local newspaper about her family’s collection of correspondence from the time.

“I discovered a letter inside the family Bible,” wrote a man in Texas. “The historic world-wide pandemic now seems personal to me.”

A hidden trove of documents like these await discovery throughout the nation, historians said. The global flu pandemic of 1918 killed 675,000 Americans and infected at least a quarter of the population, including President Woodrow Wilson (just as he was trying to negotiate an end to World War I). If you weren’t sick yourself, said University of Puget Sound history professor Nancy Bristow, you knew someone who was.

And everyone in America, Bristol said, was writing letters: “There was no other way to be in touch.”

Many family records have lain untouched for a century, Bristol said, or were fobbed off on local historical societies or museums decades ago. She learned how poorly collated these letters and diary entries can be when she crisscrossed the country conducting research for her 2012 book, “American Pandemic: The Lost Worlds of the 1918 Influenza Epidemic.”

Inspired by gaps in her family lore – Bristow’s working-class great grandparents died of the flu in Philadelphia, leaving behind only their names and a photo – she hoped to construct an experiential account of the pandemic built around the voices of ordinary people as preserved in their private scribblings.

It was good for me, she said, that “families hold on to stuff.”

The 1918 outbreak killed 50 million people worldwide but was overshadowed by World War I and World War II. The first comprehensive account of the disease, published in 1976, dubbed it “America’s Forgotten Pandemic.”

E. Thomas Ewing, a professor of history at Virginia Tech, is glad it’s forgotten no longer. When Ewing taught his classes in the world before the coronavirus, he always skipped the pandemic. “After World War I and the peace treaty and the Russian Revolution and decolonization and women’s suffrage, there just wasn’t time,” he said. Now he has published several articles about the illness (including some in this paper), with more in the works.

He recently embarked on a personal search, too, seeking documents about the pandemic privations of his great-grandfather, who was a student at Princeton in 1918.

That was why Valerie Fisher decided to email her Uncle Bobby and remind him of Annie Clifton’s 1918 letter.

Fisher was extremely close with Annie Clifton, the grandmother whom she called “Gammy.” When Annie Clifton got sick with dementia just after Fisher graduated high school, she spent the early years of adulthood nursing her grandmother through a slow decline.

After Annie Clifton died, her carefully preserved collection of family mementos – including the letters between her and her brother – passed to Bobby Clifton, ultimately destined for the bedroom cedar chest where he keeps everything important. By that time, Fisher had already read every letter several times.

The Oct. 21 message lingered in her memory. She knew the letter reached Annie Clifton’s brother, Arthur M. Donahoe, roughly a week after he died in battle. It was returned to Annie Clifton unopened.

When she found a copy in the midst of the coronavirus crisis, an umpteenth rereading brought different emotions: for one thing, a bit of comic relief. Fisher, who is 66, had never thought of her grandmother as a teenager.

But 16-year-old Annie Clifton burst forth, gossipy and irrepressible: “Do you know Mildred Jones?” Annie asked her brother in the letter. “She is 14 years old and she was married last Friday to Johnnie Montgomery I mean it is some couple too every body is laughing at them.”

Some portions of the letter were less lighthearted. Annie Clifton told her brother that “Papa” had the flu – he recovered, according to Bobby Clifton – and that it sometimes felt like “nearly everybody had got the flu over here.” She hoped Arthur wasn’t sick, Annie Clifton continued, and she hoped conditions in Norfolk would improve soon.

She might be able to return to her job at a knitting mill as early as next week, she reported. She closed by telling Arthur Donahoe she loved him and asked him to write back soon.

Instead she would mourn his death.

After emailing Bobby Clifton to ask him to search for the original, Fisher also sent copies to her son, her daughter, her three granddaughters and a long list of friends. She thought it might help.

Or as her grandmother wrote 102 years ago: “It is getting better now. Anyway I hope so.”

I also have my memories.

My father served in World War One and was a victim of the 1918 Spanish Flu Epidemic. I didn’t really understand, or appreciate his comments, so long ago.

About his sickness, and hunger.

A piece of bread with margarine.

An apple picked from the orchard next to his hospital.

Several years ago, my two sons Patrick and Tony, traveled to Mons, Belgium to do some military research. As one study, they looked through my Dad’s unit records to discover he had died, from the Spanish Flu. He was one who had food withheld because there was no chance of recovery.   There were great food shortages, at that time, even though we had won the war.

Luckily, for my family, Dad had the determination to survive in 1918. 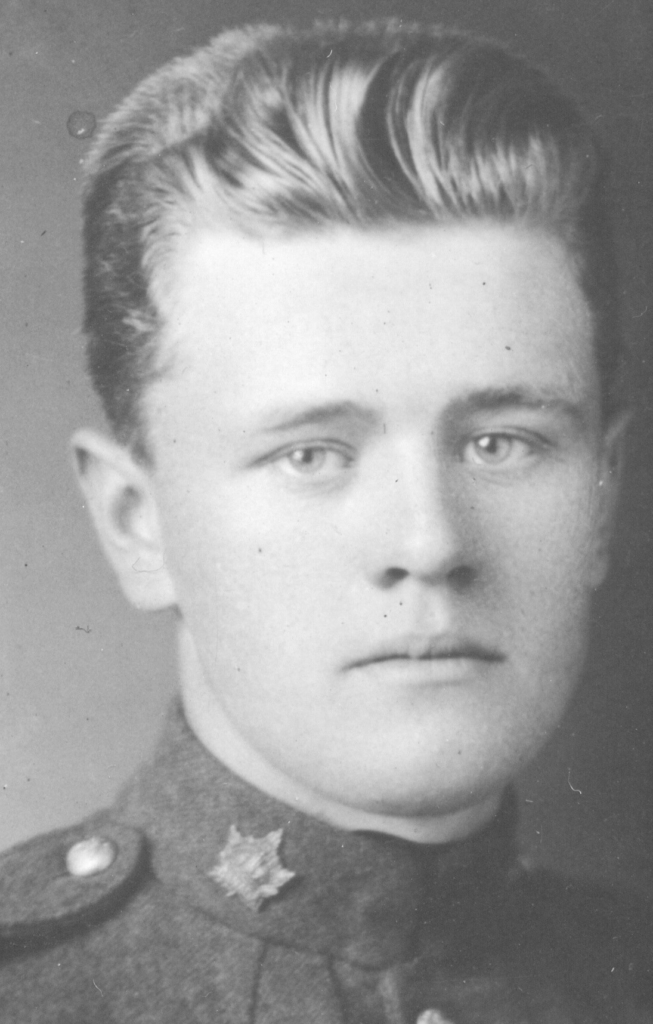