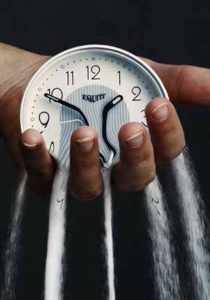 Port-au-Prince – Haiti, the poorest country in the Americas, has defied numerous attempts to dredge it from a seemingly endless cycle of political and economic mismanagement.

Here are some of the biggest problems for whoever wins the race to succeed President Rene Preval in the first polls since a massive earthquake flattened the capital and killed more than 220 000 people in January 2010:

Of $2.1bn pledged in 2010 for quake reconstruction, less than half was actually given.

The Interim Haiti Recovery Commission (IHRC), co-chaired by former US president Bill Clinton, has been heavily criticised but needs strong leadership from the Haitian government to forge a working partnership.

Haitian officials voice fears the country is turning into a republic run by foreign NGOs – estimates of how many operate here vary between 1 000 and 10 000.

Donors prefer to channel money through the non-government organisations as they fear they will otherwise feed a bottomless pit of official corruption and incompetence.

NGOs have consequently ended up running key sectors such as schooling and hospitals, while the longer-term priority of addressing the government’s infrastructural shortcomings has been neglected.

Deadly riots in December following the publication of the results of disputed first round elections provided a grim reminder of Haiti’s long history of political turmoil.

Until a bona fide successor to Preval is securely installed, international donors will be reluctant to sign any blank checks towards Haiti’s recovery, fearful that political upheaval will return.

One of the biggest problems facing Haiti is basic demographics. Despite one of the highest infant mortality rates in the world, the population is booming by almost 2% each year.

Four in 10 Haitians are under the age of 14. Most of the population lives on less than a dollar a day, 70-80% is unemployed and average life expectancy hovers around 30-years-old.

Secretary of State Hillary Clinton has indicated that US patience is wearing thin with Haiti’s leadership, which is dominated by elites that control the bulk of the economy, making substantial progress difficult.

As if Haiti’s time-old problems weren’t enough, the first cholera outbreak in more than a century erupted in the central Artibonite River valley in mid-October.

Now, almost 5 000 people are dead and the number of infections runs into the hundreds of thousands. One of the most immediate tasks facing the next Haitian leader is to deal with this burgeoning health crisis.

Figures proved by Unicef, USAid and the CIA Factbook.